Zainab Sylla is an actress, known for Depth of Field (2019).

I am the passionate rebel. The fierce woman who gets involved into revolutions. The bubbly girl who has a contagious warm energy.

Recently been in Deon, Depth of Field, BBC Doctors, BBC Small Axe, BBC Antiracist Course and BBC 3 No offence but.

I'm from Brussels, Belgium. French is my native language. However, I'm fluent in English. I also took part in several screen acting courses in London at LAMDA and Actors Studio, in Los Angeles at the American Academy of Dramatic Arts (certificate on request).

I have basics in Dutch and Spanish. I also have modelling experience (Outdoor/Indoor shoots).
I practice MMA as well as pole dancing.
On this note, I'm looking forward to working with you!

Self represented but ready to work with someone with the same values as me!
Close Showreel 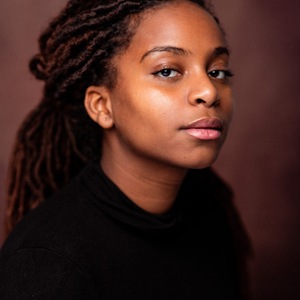