Hey everyone! Some of you may know me as the producer of the podcast I Don't Need an Acting Class with Milton Justice. I thought I would finally setup my own account and become a reader. Alas! This is something I'm doing for the joy of it, and also because it will help me continue to grow as an actor. As a reader, scene partner and coach, I'm here to serve YOU and YOUR WORK. Know that if we work together, I'll be 100% present in order to help you shine.

Walker Vreeland is an actor, producer, voice over artist, and award-winning playwright and radio personality.

As an actor and singer, Walker has worked extensively in the theater. His hit autobiographical solo play FROM SHIP TO SHAPE, “…the funny and wrenching account of Vreeland's personal struggle with mental illness" (Newsday), enjoyed a sold-out run Off-Broadway in 2017. With original direction by Academy Award winner Milton Justice, it was the recipient of two United Solo Awards (Best One-Man Musical and Best Direction of a Musical). FROM SHIP TO SHAPE went on to tour the east coast, including stops at Martha’s Vineyard Playhouse, the Sarasolo Festival, (earning Walker the Sarasolo Award for Best Actor), and Bay Street Theatre, where Hamptons.com called Walker “a skilled and talented storyteller."

Other New York theater credits include: Little Women (with Deborah Gibson & Elaine Stritch), Erostratus (Gene Frankel Theater), Godspell (NYU), The Who's Tommy (NYU), The Other Dorothy (Duplex), Just So Stories (Theaterworks USA), and the award-winning musical revue Our Life & Times (Winner of MAC and Bistro Awards). As a child actor, Walker did an Australian tour of Phantom of the Opera, and in his twenties, toured the US in A Christmas Carol. His regional theater credits include: Arthur in Arthur’s Christmas (The Vineyard Playhouse), Have a Nice Day (Theater Barn) and Zombie Prom (Theater Barn).

As a voice over artist, Walker recently completed work on Season 3 of the hit children’s podcast Grim, Grimmer, Grimmest, produced by Pinna. He can also be heard on the new true-crime podcast Morally Indefensible and the forthcoming FX documentary series Wilderness of Error, both produced by Marc Smerling. He has lent his voice to the German television series Beat on Amazon Prime, Baby Learning World’s animated learning videos for kids, and the animated short films Collision Course and Karlo & Luddi.

A familiar voice to radio audiences on Long Island and Connecticut, he is best known for having hosted The Afternoon Show on 102.5 WBAZ-FM, and as the creator and host of the podcast Interview with the Artist where his candid conversations with stars such as Cyndi Lauper, Joy Behar, Betty Buckley, David Brenner, James Frey, Cheech Marin, Sandra Bernhard and Jane Krakowski garnered him national attention. He’s also been heard on 92.9 & 96.9 WEHM on Long Island, 103.9 WFAS in Westchester, NY, 96.7 ‘The Coast’ in Norwalk, CT and WEBE 108 in Bridgeport, CT. From 2013 to 2016, Walker was voted #1 Radio Personality in the Hamptons (Platinum Award) by Dan's Papers.

Currently, Walker is Senior Producer of the podcasts In the Balance with psychotherapist and artist Susan Lambert, I Don’t Need an Acting Class with Academy Award winning producer and acting teacher Milton Justice, and Words from Within with National & International Slam Poet Champion Gayle Danley.

He is a graduate of New York University’s Tisch School of the Arts, Walnut Hill School for the Arts, and Connecticut School of Broadcasting. 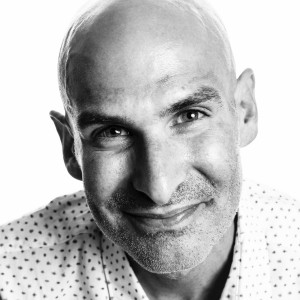