Hi im Veronica, I live in Minnesota and work as a Flight Attendant for a Major US Airline.

I'd love to help you with you reads as I also dabbled in Casting for a brief period.

Currently I also serve as a Twin Cities Local Board member for SAG-AFTRA.

Veronica Wayne is a proud veteran and vocal advocate for the military veteran community. Veronica is originally from Grand Forks, North Dakota and grew up in military family.

Veronica's entrance into the entertainment business was unconventional as her military skills were used on shows like Invasion, Jericho and NCIS working with military consulting groups. At 19, she joined the United States Navy and was shipped off to boot camp in Great Lakes, Illinois. She spent four years in the Navy and was stationed at NAS Ocean with VF-32 Swordsman and later, was transferred to Personnel Support Detachment Pearl Harbor. While in the military, she worked as an aircraft mechanic, in disbursing, aviation fuels and computers. Veronica was a member of the Ford Island Honor Guard as a special duty assignment while stationed at Pearl Harbor. During her tour on the Truman, with VF-32 she deployed in support of Operation Southern watch as the relieving battle group for the USS Cole. Veronica joined the Air Force Reserve working in aviation bulk fuels and attended the C-School for Laboratory Fuels. Veronica deployed again as a fuels lab technician in support of Operation Enduring freedom and Operation Iraqi Freedom. Veronica also deployed to Afghanistan in 2009 as part of a combat communications squadron working as a computer specialist. Veronica separated honorably from the service as a Staff Sargent after serving thirteen years and earning the following awards: Meritorious Unit Award, Navy Meritorious Unit Commendation, Good Conduct Medal, National Defense Service Medal, Armed Forces Expeditionary Medal, Afghanistan Campaign Medal, Global War on Terror Service Medal, NATO Medal (among others).

Veronica is a proud member Alpha Delta Pi, Phi Kappa Phi, Veterans of Foreign Wars and the American Legion. She volunteers in her community by mentoring veterans looking to enter film and television, assisting veterans with filing disability claims and through raising funds for the award winning and Congressionally recognized non-profit Pin-Ups for Vets, to donate much needed rehab equipment for our nation's veterans. Veronica believes in the power of volunteerism and giving back to the community. Veronica also participates in the PGA Hope program and is actively involved in charity golf tournaments to help raise funds for the program. 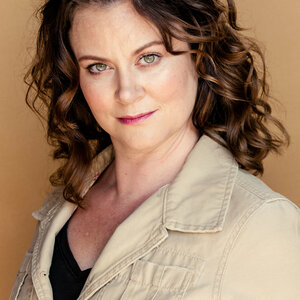