My initiative as an actor while you're in the room is to get you cast or at the very least amongst my expectations a call back to the project you're requesting my attention.

To tell you a little about myself; I began doing theatre in Louisville, Kentucky where I was born & raised but now reside in San Diego, California although my main support system & representation is based in Los Angeles --

Before relocating to California; I graduated college at the University of Kentucky (Lexington), then moving to Nashville, Tennessee where I was signed by my first agent to gain my Screen Actors Guild recognition after being cast for a list of national commercials; Along with Co-Star appearances on television series'

Let's get to work & like I said from the beginning of this message; I'm here to get you booked, nothing less.

Tyler Nicholas Totten is an American actor, producer, writer and director born February 3rd, (1990) in Louisville, Kentucky to Shirley (Dunn) Who worked as an environmental engineer in the Federal Bureau of Investigation building, and Edward Totten, who worked for the United States government.

He was discovered in Louisville at the age of 20 by Chris (Kauffman) who also represented actress Jennifer (Lawrence). Tyler has been professionally trained and mentored by some of the best instructors in Los Angeles, California under the Konstantin Stanislavski method. In (2018) he starred in Award-Winning film Conduit under the direction of Tim (Earnheart) Calling him his favorite director that he's worked with.

Although beginning doing theater in Louisville, Kentucky at the age of 8, his on-camera career began after making his speaking debut during the (2013) Country Music Awards for a Bluecross Blueshield commercial that gained a lot of attention. Shortly thereafter, while living in Nashville he began landing more principal commercial roles, including a Toyota national commercial in (2014)

He's known for being the creator of two episodic pilots that are in Pre-Production that he'll also be executive producing (Miracle in Alki: Inspired by a True Story) and (Derby City).

Tyler now resides at his home in San Diego, California where his production company Dyna Stee N' Tee' Is based as well (2020). 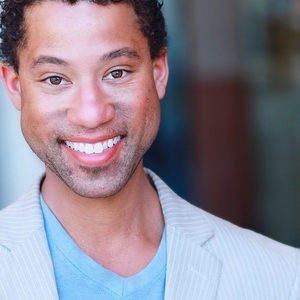 Easy to read with! Helpful and encouraging. "