Heya! My name is Toy and I've been a working actor in Hollywood for over 10 years. I f you check out my IMDB you'll see I've won acting awards but most importantly, I was a reader at The Bridge, a casting workshop, for a coupla years.

It's long since closed down but at one point it was rated in Yelp as having the best readers in town. Part of that reason was cause we really enjoyed reading for our fellow actors.

So here I am - lets book that role!

TOY Lei is a native New Yorker who is a California transplant. She’s had a fascination with the action genre ever since her parents took her to Chinatown to watch kung fu movies, and as such, started training in the martial arts when she began acting classes. Her emotional intensity and movement skills contributed to her casting by Academy Award director Alejandro Innaritu for his Oscar-winning VR short CARNE y ARENA, and she can be seen repeatedly in the O.R. in GREY’S ANATOMY. She also recurred on the FOX show SON OF ZORN. After lamenting the lack of roles for Asian females over 30 especially with the “fun” stuff, she began writing and producing her own projects. Her films, BOXER, HOW TO GET CAUGHT, THE WEDDING as well as others, have cumulatively won several awards such as Best Actress, Grand Prize, and Best Action. Pre-Covid, CARNE y ARENA was seen internationally in museums such as The Prado and LACMA. 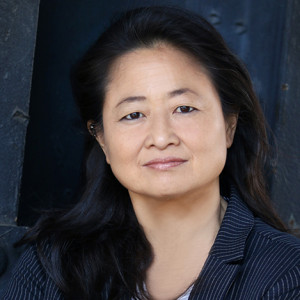