"We are all meant to shine, as children do." — Marianne Williamson

I am a classically-trained (yes, Shakespeare included!) actress, singer and dancer. I have trained for over two decades at prestigious liberal and performing arts institutions (including SMU, Yale, The Second City and Upright Citizens Brigade). In addition to performing a number of recurring, guest and principal roles on television, film, Broadway and off-Broadway, I have also worked as a reader, Casting Assistant and Casting Associate in both television and theater in the past.

Assisting actors has become a deep passion of mine over the years. As a student and performer of the craft of acting for over a decade, I aim to do personal and nuanced work with actors that will draw viewers in with catharsis. I look forward to helping you achieve your very best audition (and getting you booked!!!).

LAST MINUTE TAPE? No problem! I am often available to help no matter the time of day. If I'm not currently online, feel free to email me for easy scheduling.

I look forward to working with you! Cheers~

Born and raised in Augusta, GA, Tiffany began dancing at the age of three. In the years following, she discovered a love for theater and music that augmented her passion to be a performing artist. She has trained for over two decades at prestigious liberal and performing arts institutions (SMU, Yale School of Drama, The Second City, Upright Citizens Brigade) and loves every minute of imitating life onstage, on set or in a rehearsal room.

OFF-BROADWAY: Much Ado About Nothing

RECOGNITIONS: Recipient of the Star‬ Project Award from NBC and the American Black Film Festival, and selected as Best Leading and Featured Actress in a Musical (Broadway World).

* Former member of the Brierley Resident Acting Company at the Dallas Theater Center. * 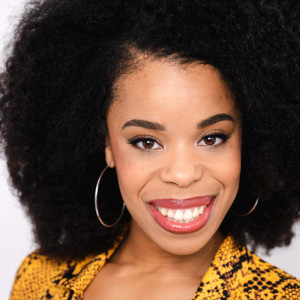 It was a pleasure working with Tiffany she was so patient and gave great techniques that made me feel very comfortable. Cant wait to work with her again!!! "
"

Phenomenal coach!! Loves and cherishes the craft. Patient, communicative, and receptive. She is definitely one of the best! Truly an experienced and trained actress. "
"

Amazing notes and feedback!! Thank you so much Tiffany!! "
"

Tiffany was wonderful. Definitely appreciated her insight, suggestions, and time. Would definitely work with her again! "
"

Tiffany is SO sweet she helped me with a quick audition! Thank you for jumping on tonight! "
"

Lovely working with her, unbelievable actress and very friendly and easy to work with! "
"

Gives the actor a lot of energy to pull from! "
"

Amazing actress and reader! Thanks for the adjustments. They really worked with the scene :) "
"

Such a great reader and gives great notes! BOOK HER! "
"

Tiffany was an excellent reader and gave great notes. Really brought more depth to my audition. "
"