My name is Tess and I've been professionally acting in Los Angeles for almost 10 years now. I've been reading and coaching since the pandemic began; check out my testimonials on my website: http://acappellatea.com/testimonials/

My credits include Station 19, AP Bio, and Dear Evan Hansen. I have a leading role in the indie film Breaking Them Up. I have also recurred on NCIS, Atypical, and Mr. Mayor.

I've tackled voice over lessons at Kalmenson & Kalmenson and The Groundlings School's Basic level improv training as part of their conservatory track (2019).

I've been coached by Lisa Robertson (2017-2019) who uses Stella Adler/Larry Moss scene study technique. I have also worked with casting director Melissa Skoff (2015-2018) so I'm well-versed in audition/self-tape tips and tricks as well!

Looking forward to reading with you :)) Let's book it!

Tess Aubert has appeared as a Guest Star in NBC's A.P. Bio and ABC's Station 19. You may also recognize her as a Series Regular on Quinta Brunson's Up For Adoption. She recently made her feature debut as a leading role in the independent romantic comedy Breaking Them Up for which she has received critical acclaim. Tess is a beautiful singer, plays the piano, and is fluent in French. 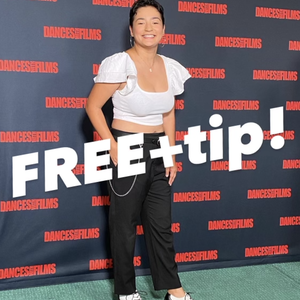 Tess was great and helped me with my self tape including with improv. thank you!! "
"

Great reader! I gave Tess an over the top Disney script with lots of bold characters and she brought such a great energy to the scene. Definitely going to work with her again. "
"