Susie Ross is an actress and director, known for Stranger Among Us (2020), SMILF (2017) and Unicorn Store (2017). Owner of @spectacularselftapes

Susie Ross is an established Actress with years of experience coaching and creating professional selftapes. After years of working behind the camera for casting sessions as well as training at the original Selftape studio, she has branched out to build the most professional and efficient Selftape company in Los Angeles; Spectacular Selftapes . She ensures that every selftape created by Spectacular Selftapes is of the highest quality and that every client walks away feeling that they gave the best performance they possibly could.She has joined we audition to offer her services to a wider audience for coaching and reading of the highest caliber. Book an appointment with Susie to make sure your next selftape is the best it can be!

Triple threats are rare in the entertainment industry, but the septuple threat is practically unheard of, unless of course you’re talking about Susie Ross. She acts, she sings, she dances, she choreographs, she plays multiple instruments, she’s the CEO of two companies, and she teaches, but most astounding of all is how she performs each of these pursuits with an unrivaled talent and mastery of the field.
Born and raised in New Jersey, Susie Ross has been performing since she exited the womb and entered stage right. As a child she trained at the Performers Theatre Workshop and New Jersey Ballet, while simultaneously excelling at Figure Skating and Equestrianism. It was while she was enrolled in high school at Mount Saint Dominic Academy that Susie discovered hip-hop dancing and her true calling emerged. She had to make the most difficult and life-defining decision of her young existence and turn down a tremendous opportunity to fully pursue horseback riding by attending the Equestrian National Championships. As hard as it was, she knew that the arts were her true calling so she chose to narrow her focus and follow her passion for performing.
Susie honed her crafts at Pace University where she earned a BFA in Musical Theatre, and a double minor in Dance and Marketing. It was there that she was awarded the Friar’s Association Scholarship, a prestigious honor that had been previously awarded to Elizabeth Taylor, Frank Sinatra, Irving Berlin, and Billy Crystal, just to name a few. Susie further honed her skills at the New York Film Academy at Princeton University, where she is an alumna.
Susie’s extensive training, combined with her astounding talent and steadfast dedication to her passions has enabled her to create an abundant and expansive resume that fully showcases just how brilliant she is. She has performed in a multitude of Regional Theatre performances, Off- Broadway productions, and Summer Stock Theatre, including Grease (Rizzo), A Chorus Line (Val), Bare (Nadia), and The Jungle Book (Baloo), just to name a few. She has also collaborated with some of the most prolific artists in the business, such as Missy Elliot, Ne-Yo, Don Omar, Smokey Joe Robinson, Snoop Dogg, Sean Paul, Awolnation, and Naughty By Nature. One of Susie’s proudest accomplishments thus far has been completing a 9 month contract as a principal vocalist aboard the Azamara Quest (Royal Carribean) where she was blessed to sing in over 70 cities in 10 different countries in Europe. Susie has graced both the big screen & your home television set more times than any one can count, and has exceeded expectations in every role. Her film credits include Dog Days, Unicorn Store , and Step Up 3D, and has been on tv shows including Strangers Among Us, SMILF, The Voice, and Fake Off ( Season 2- Luma). She has also appeared in several long-running commercials, including Hydroxycut, 1800- No Cuffs, Lenny & Larry’s The Complete Cookie, and Extra Space Storage. As if that’s not already a staggering body of work, Susie has also been a part of multiple workout videos such as Beachbody : 21 Day Fix, Xtend Bare, Country Heat, Leslie Sansone (Walking Dvd’s), and Livestrong. Susie has also modeled both body and hair for Swann Hats, the International Beauty Show (Los Angeles and Las Vegas) and for many other Fashion Shows in the New York and Los Angeles areas.
Susie is constantly creating; when she’s not busy performing herself, she choreographs and teaches. Some highlights of her Creative Directing & Choreography include Core Dj’s Retreat XIII, “The Kids Care Concert” (Demi Levato, Taylor Swift, Ariana Grande, Bruno Mars Impersonators, and upcoming artist Inas X. She currently teaches privates (Dance, Acting, Piano, and Voice) on Zoom and in person, as well as Masterclasses throughout the Tri-State (NY , NJ, & Connecticut) area, Los Angeles, and Europe.
Susie currently resides in Los Angeles where she is still always working on perfecting her skillset. Her Los Angeles training includes the Masterclass at (LA Acting Studios- ongoing) , Scott Sedita’s Sitcom Intensive & ongoing Sitcom Acting Technique, Groundlings, and much more. Susie is also the creator and CEO of not one, but TWO companies: an event company called Sexy Event Staffing which provides the highest quality entertainment and services for parties and events, and Spectacular Selftapes, a selftape studio that helps actors bring their self tapes to the next level through excellent coaching, high quality equipment and professional editing. There’s no doubt that Susie Ross is a force to be reckoned with, the only question is, what role do you need her for in your next project? 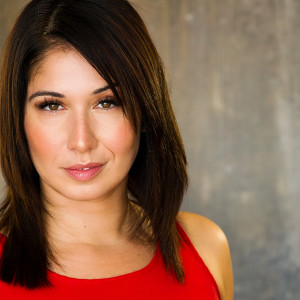