Available to be a reader.

Fluent in french and english.

Can help with french dialects

Sebastian Pilley is a French/American NYC based actor.
He grew up in Paris and was raised in a bicultural family. He speaks French and English fluently.
After high school, he studied business for one semester but quickly realized it wasn’t for him. He had never acted before but decided to take a leap of faith and moved to New York to pursue an acting career. He completed the 2-year certificate at The Lee Strasberg Institute in New York. There, he had the opportunity to attend master classes with Vincent D’Onofrio and Roberta Wallach.
Upon graduation from Strasberg, he pursued his training at The New School for Drama where he received his BFA in Drama, studying acting, writing and directing for the stage.
He has since worked in Film and Theatre and enjoys screenwriting and playing his guitar in his free time. 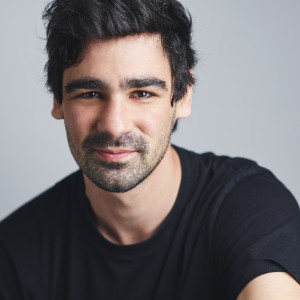