Hi, I'm Scott...
I'm a bi-racial, San Francisco born SAG/AFTRA actor/comedian now living in Los Angeles. I studied Theater, Film, and Television at UCLA, and have been involved in commercials, theater, and webseries for 12+ years.

In fact, I've studied extensive improv and sketch at Second City and iO West; as well as on-going classes at Stan Kirsch Studios, and standup since 2014.

More than anything...I love to help.
Whether it's running lines for you, helping with a self tape, or giving notes, I'm just here for YOU. Let me know what you need, and I'll follow.👍🏾

Thank you, and be safe out there!

Hey, I'm Scott. Or Scotty. Whatever :)
Despite my look, I have a strong extensive background in COMEDY, yet I honed my chops in theater school.
Recent Accolades:
• #BlackAF - Netflix
• Summer Series Beach Comedy - Standup
• Passing Class - The Second City LA
I love to improv, I'm pretty good with direction, and I have zero ego. Ask me about impressions😉
Thanks for stopping by! 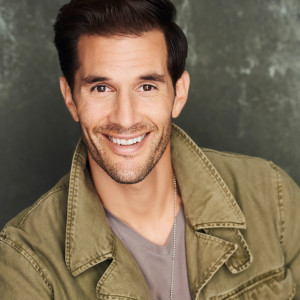 Scott is a fantastic reader and great energy !1 "