Hey! My name is Savira Windyani. I was classically trained at The American Academy of Dramatic Arts in Los Angeles. After my first feature principal booking out of school, with Blumhouse called 'Unfriended: Dark Web', I continued my studies with Annie Grindlay Studios for audition technique, and am currently studying with Margie Haber Studios.

I'm a sole believer in forever being a student, so as a reader and a current student, I will share the most current information I have to be able to bring out the best sliver of humanity you can offer to your audition!

Born in Indonesia and raised in Malaysia, Savira Windyani is a Los Angeles based, classically trained actress, well known for her role as 'DJ Lexx Putri' in her film debut 'Unfriended: Dark Web'.

Growing up in a music influenced household, Savira spent most of her childhood singing in a choir for various national performances, including ones for the Prime Minister of Malaysia, and the Royal Family of 'Negeri Sembilan'. This eventually lead to her professional musical theater debut, at the age of 10, playing one of the princesses in a Broadway Asia production of 'The King and I'. From that moment on, she found her new love for musical theater. She performed non-stop in many musical productions with the 'Cempaka Performing Arts Company'. Though constantly auditioning for principal, she was only cast in the ensemble. It was only after a dispute she had with one of her teachers in class, making it clear to Savira how very few Asian actresses make it into Hollywood, did she begin to push herself to make sure she'll add to those numbers. She began booking bigger roles, from playing 'Mayzie La Bird' in Seussical the Musical to 'Kala' in a musical production of Tarzan, all through her years at school.

Shortly after graduating secondary school in Malaysia, she moved straight to Los Angeles in 2014, at the age of 17, to attend The American Academy of Dramatic Arts, a conservatory known for their rigorous program and prestigious alumni such as Paul Rudd, Adam Scott, Anne Hathaway, Robert Redford, Grace Kelly etc. Only a month after graduating The American Academy of Dramatic Arts, Savira was cast as 'DJ Lexx Putri' in her film debut called 'Unfriended: Dark Web' that received a wide theatrical distribution on July 20, 2018. Having a constant desire for trying new things, whilst at the conservatory, she was introduced to stage combat, fighting for stage with swords. She then continued training proficiently in stunt fighting with various swords, quarter staffs, and even unarmed which then led her in her new found passion in the martial arts. Savira is a current student under Shihan Vince Cecere, in American Old School Ju Jitsu (an extension of Sanuces Ryu Ju Jitsu by Dr. Moses Powell). Aside from martial arts and acting, Savira now runs a production company alongside her partners Jason Coulter, and Michael S. Garcia, called 'House of Misfits' with its first short film 'What Didn't Kill Me' screening at various films festivals, including, 'Mammoth Film Festival', and winning awards throughout the festival circuit. 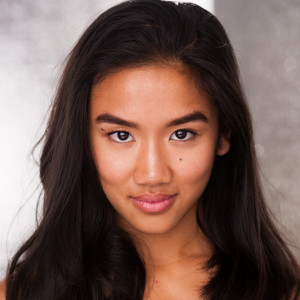