Hi, My name is Samuel Oppong. . I completed my Bachelor of Arts in Sport Management and Leadership Studies at Washington State University and completed my Masters in Sport Leadership at Concordia University in Chicago. Before becoming an actor, I spent 6 years working in various sports organizations such as USA Basketball, Washington State Athletics, National Hockey League, San Francisco 49ers, and National Football League. As a Philanthropist, I am involved in several philanthropy projects such as Thirst Project, RAINN, and Pencil Promise. I am a member of the Alpha Sigma Phi Fraternity and National Football Foundation. I am known as an energetic, highly involved, and socially good-oriented leader. I value relationship building with the ability to work independently and can adapt his skillset to storytelling.

Samuel Oppong Jr is an African and American Actor, Singer, and Model. He was born in Tema, Ghana, on June 27, 1995, to Samuel Oppong Sr. and Irene Oppong. His father is a business coach and teacher, while his mother is a business owner and caregiver. His grandmother passed away three days before he was born. He is the oldest of three siblings. When he was born, he was separated from his parents due to having malaria and Non-Hodgkin's Lymphoma. He later recovered and moved to New York City, New York, when he was two years old.

When he three years old, he moved to Accra, Ghana, and live with his family members due to getting sick. When he was four years old, he lived in Bronx, New York. He discovered his talents in acting and singing by getting drag to a musical theater in Albany, New York. He later started learning how to play the piano and performed his first acting gig in Lion King, where he played Simba as a five-year-old kid. As he completed that performance, he decided to chose that as his career focus.

In 2001, he discovered and met his parents for the first time since being born by watching Fox News and CNN. When he was 14 years old, he worked for the State Capitol in Olympia, Washington, under Christine Gregory's leaders, Dave Upthegrove and Tina Orwall. After his term was over, he turned down a full-time job offer for six months to work under Barack Obama to go back to school and finish my junior and senior high school year. Right after high school in 2013, he had to choose between acting or getting his college degree and decided to get a degree before returning to the acting business.

Samuel Oppong completed his Bachelor of Arts in Sport Management and Leadership Studies in 2018 at Washington State University. He completed his Masters's in Sport Leadership at Concordia University in Chicago in 2021. He also studied abroad in 2016 and 2017 in South Korea and Cuba. He also took acting classes at New York Film Academy in New York City, New York, and the American Academy of Dramatic Arts in Los Angeles, California. He also studied at 321 Acting Studio, Uprights Citizen Bridge, to focus on the arts and craft of acting. Samuel is known as an energetic, highly involved, and socially good-oriented leader. He values relationship building with the ability to work independently and can adapt his skillset to storytelling.

Outside of acting, he is an Investor, Philanthropist, and Entrepreneur. He also has experience working in various sports organizations such as USA Basketball, Washington State Athletics, National Hockey League, San Francisco 49ers, and National Football League. 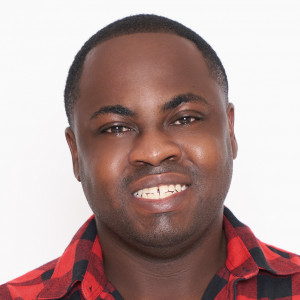 Thank you Samuel! So sweet and ready to jump in!! Thanks again! "
"

Samuel was so sweet and helpful! "
"

Samuel was very patient and helped me get my lines exactly right. Thank you! "
"

Samuel was great. This was my first time using the platform and he gave great tips. "
"

Had a fun session, great person to run lines with before an audition "
"

Samuel is going to make a GREAT director oned day! So much fun working with him. He's got notes and you'd be wise to take them. "
"

Thank you so much for you help and direction! "
"

Super nice and accommodating when I needed a little more time! "
"

Was an amazing patient person with really good vibes!! Would remond him for any reading! "
"

Samuel is FANTASTIC! He not only gave me the space to create freely, but also challenged me to take my work even higher. I am grateful to have had the opportunity to share space with him and look forward to doing so on a regular basis! "
"

Thank you, Samuel, for reading with me today! "
"

Samuel was a big help with a last minute audition! "
"

Samuel was most helpful in reading through a few scenes with me. "
"