I am enthusiastic and committed reader and audition partner based out of NYC. I audition consistently for major series regulars and recurring roles. This has led to built a wonderful system for myself not only in the craft itself but also when it comes to technical expertise. From lighting to backdrop the set-up, I have become quite the expert at things. I am also bilingual and can read in both Spanish and English for awesome fluency. I am excellent reader and collaborator with solid experience in coaching and scene analysis. I am passionate about the work and is always down to play! To me, play and bringing your full enthusiastic self to it is the only way to learn in this craft.

When considering self tapes my opinion is that it is collaborative effort. The actor auditioning has to worry about memorization and execution, his reader should be his second set of eyes not only on the performance but of the text and the overarching storytelling of the scene. This is where I believe my strengths as a reader lay.

Samuel María Gómez is a first generation American Actor, Writer and Producer hailing from New York City. He is most recently known for his work on ABC's "The Beauty and The Baker", Netflix's "The Punisher" Season Two, "Madam Secretary" "Elementary" and his lead series regular appearance on the original web-series, "The Bodega". He has appeared in "Law & Order SVU" and FOX's "Prodigal Son". He also is credited with writing and producing the shorts "Lucid" and "The Spectacular Tito Garcia". Samuel is also the creator of the new actor platform "Monovlogs Presents" 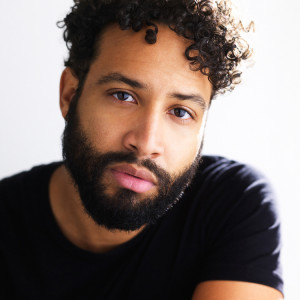