Hi! I’m Ryan, a SAG-Aftra actor, located in NYC. I have been acting over fifteen years, I've taught, coached, and been a casting director on several indie films and commercials. I genuinely enjoy being a reader, and love helping people of all levels in this business. I’m happy to be a quick reader, or spend time rehearsing, breaking down, and exploring the material. I’ve also got decades of experience writing, and doing coverage on scripts, which is a big help in breaking down scenes.
I’m also a retired police officer. So any scenes you have relating to police/crime stories, I have many years of experience to help you there.
If I don’t show online, please feel free to message me on Instagram @ryanscottthomas and, if possible, I will get right on.

I prefer Venmo @ryanscottthomas but paypal is fine if that's what you have.

Ryan Scott Thomas has had what some would call "many lives." Writer, Police Officer, Father, Coach, Teacher, Wrestler, but the one thing he has known his whole life is that he is an Actor. During his police career Ryan started acting on the side, and even had some of his writing work produced. Within weeks of leaving the police department Ryan was in New York studying acting and sharpening his skills.

In the past few years Ryan has worked in television in roles on Blue Bloods, New Amsterdam, The Blacklist, The Flight Attendant, Power: Book III, and had the honor of appearing in a scene with the great Al Pacino in Hunters. In early 2020 Ryan appeared on stage in a play that he wrote, inspired by his time as a police officer working with the community. He believes a strong sense of empathy has been the most important aspect of being both a police officer and an actor.

Most recently Ryan filmed a recurring role on David Simon's new HBO show, We Own This City (2022). He is honored and appreciative to be a part of this amazing project. 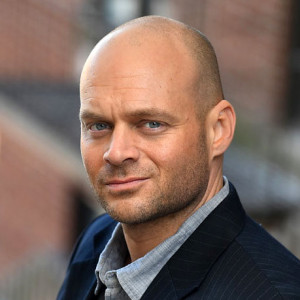 Will 100% book with Ryan again. He is beyond patient and helps you really connect with your character. Thanks Ryan! "
"

BEST Reader and coach combined! Absolutely loved working with Ryan. So patient and easy to work with. Highly recommend!!! "
"

So helpful, very supportive and patien! "
"

Outstanding reader who offered insight and provided ideas to add to the audition. Highly recommend . "
"

Ryan is a great reader and so lovely to work with! Will definitely book him again! "
"

Great and kind reader!! Will be back "
"

Have a great read and offered a really helpful note in the scene. "
"

Amazing as always. Thanks Ryan! "
"

Ryan was an amazing scene partner. He gave a lot to work with a delivered notes that really elevated the tape. Thanks Ryan! "
"

So wonderful and helpful! Would definitely recommend. "
"

Wow Ryan is great. He's gonna be a favorite. Quick study and so natural. Book him! "
"

What a great guy to work with! Great energy and feedback! Thanks Ryan! "
"

So patient and kind and READY to work! "
"

Ryan is awesome! Great advice, pointers and patient while I try to dial in my character. Thank You. I look forward to working with you again. "