Roger is a very talented actor who radiates warmth and caring for not only everyone he works with but everyone he meets. He's a giving person who is socially aware of our environment and the expanding culture of today. I'm delighted to have taught and mentored him and know he will add value to those lives he touches.
-Julie Garfield
Award Winning Actress, Artist, Teacher
https://juliegarfield.com

“Roger is a dedicated and talented Artist. Through the years that I have worked with him, I have watched him grow and continue to hone his craft and improve himself in every way. He brings his heart and soul to everything he does and he is a pleasure to work with and an Honor to know.
-Katie Agresta - Singing Teacher and Healer http://www.katieagresta.com

“You are a Superstar Roger. You are a model of excellence and a true example of accountability & honor. Thank you!”
-Cali Rossen
Bestselling Author, Keynote Speaker, Actress, Host, Creator of the Docu-Series: Rock Fashion Art

"You did a fantastic job. It was really nice working with you!!! Lots of success to you!
-Catherine Haena Kim
Actress, FBI Series Regular

"Roger is truly a RockStar! He is one of the most passionate, energetic entrepreneurs I have known. He definitely knows how to add value to people's lives and continues to help people with their overall health. He is professional, reliable and a true testimony of being an overall great guy who loves to help people."
Craig Duswalt
- Keynote Speaker, Author, Podcaster, and creator of the Brands, RockStar Marketing and Rock Your Life, www.CraigDuswalt.com

“Roger is simply brilliant at what he does. He is extremely professional, an expert in his field, and he is very personable. Anyone working with him, will find nothing less.”
-Paidemoyo Chideya
Creative Director at DeMOYO Global

“Roger is a talented writer, actor, businessman; a compassionate and generous person. He is a delight to work with.”
-Marilyn Horowitz
Writing Coach and Script Consultant, Executive Producer

"You did great tonight! Thank you!”
-Jimmy Fallon
Late Night with Jimmy Fallon

“Roger is a wonderful person and a fine actor! I loved having him in my class and appreciate his charming personality and sense of humor. He is very dedicated to his craft. His voice and speech have improved with his hard work . I'm excited and happy for Roger as he progresses with new challenges in his career."
-Shane-Ann Younts
Voice Consultant/Dialect Coach & Professor, Graduate Acting Program at New York University’s Tisch School of the Arts

“I had the pleasure and privilege to work with Roger on a short film which I directed. He is a wonderful actor, very easy to work with and helpful, which made the whole experience very rewarding for me personally.
Roger is a complete creative professional who now has many years of acting experience behind him. He is particularly good at comedy but he is very versatile and ready to take on any role.
Roger will be an asset for any project he becomes involved with, and I very much look forward to working with him again in the future.
-Guy Bonclerc
Filmmaker, Director “How to Play Tabinet”

“Roger directed me for an NYU film project. He is professional, a very talented director, and works really effectively with actors. It was a pleasure to work with him.”
-Laura Malone Hunt
Actress, Comedienne, Artist

“As one of my former storyboard students, his energy and devotion to the work was unparalleled. His passion for film and production were memorable, as was his performance in class. Roger would be an asset to any production that would be lucky enough to have him.”
-Syr-Ivan K.Bennett
Illustrator, Storyboard Artist, Filmmaker

“Roger Anthony is a talented actor and a true artist. I'm happy we got a chance to work together on the short film "Peach Nectar & Champagne"
-Luan Bexheti
Actor, Producer

“I helped Roger Anthony during a short film project that he was directing. His energy, focus, dedication, talent and knowledge of the craft showed itself throughout the project. In addition to these qualities, his friendly nature and communication skills made us all work in harmony.”
-U.F Guventurk
Filmmaker/Verizon Field Tech Special Services

“I’ve seen Roger perform as an actor and participated in workshops with him. He is brimming with enthusiasm and creativity. His positive attitude, uplifting spirit and genuine abilities were the driving forces in any team effort I have participated in with him.”
-Nick Nardo
Consultant at The Barack Obama Green Charter High School

“Roger is a great, reliable and trusted friend. I have know Roger for over 35 years and would highly recommend him to anyone. “
-John Graziano
CPA, PFS, CFP

“It has indeed been my privilege, as well as my pleasure to work with Roger. He is a breath of fresh air, as his positive spirit is one that has an infectious result among others of his team. He is not only able not to convey it via words but in his action. His consistency and tenacity is one that many should hope to emulate. He is laser-focus in regards to his goal setting. You should deem yourself fortunate to consider him apart of your organization.
-Eugene W. Wood, III
International Sales Manager Wingedmedia

Roger Anthony, a native New Yorker and Filipino American, is an accomplished actor, screenwriter, director & filmmaker as well as singer and musician. He has acted in many stage plays & musicals, mostly regional theatre in the tri-state (New York, New Jersey, Connecticut) area and films and television. He has been acting since 1992 since graduating from the famed William Esper.

Roger started RAD Productions & Flipper Films, a film and music production company in 2003. Roger co-produced, co-wrote and co-directed a TV pilot Wackademia which has been submitted to TV film festivals. Roger won Honorable Mention for Best Director Award at the International Film Festival Manhattan in New York City 2015. Roger studied digital filmmaking at the New York Film Academy where he directed his first short film, "Dollar Nine" and directed other short films, “Why I Fired My Secretary” at New York University. Since then Roger has studied Producing, Directing, Sound Design, Cinematography, Filmmaking & Screenwriting at NYU as well as Screenwriting at the Gotham Writers Workshop. He has written two feature screenplays, Miss Sampaguita, a coming of age story and Jaco, an optioned biography of Jaco Pastorius for the screen, both of which he hopes to direct one day. He has written other TV pilots and is looking to have them produced for network, cable and streaming.

Roger started playing the piano at age 10 and over the years has taken lessons in guitar, classical guitar, trumpet and most recently bass guitar with Patrick Pfiefer in 2000. He has played in many bands over the years throughout the New York City area, wedding, cover and original music playing keyboards, guitar and bass as well as singing lead and backup vocals. He played bass guitar in his last band, Untitled Art. He recently recorded a song he sang for the TV show, "Dance Moms".

Roger is a huge fan of personal development studying with the likes of T. Harv Ecker at his live courses since 2005, Anthony Robbins since 2006, other favorites include Les Brown, Jack Canfield, Mark Victor Hansen, Brian Tracy and Jim Rohn.

Aside from the arts, Roger has devoted his time contributing to charities and running for Team in Training for the Leukemia & Lymphoma Society raising money to help find a cure for blood related cancers. He started running in 2006 (never ran over a mile since high school) and has run thirty-seven half marathons and thirteen full marathons and runs the New York City Marathon annually. He donates to many charities including CharityWater.org, the American Society of Suicide Prevention and The American Lung Association in loving memory of his parents. 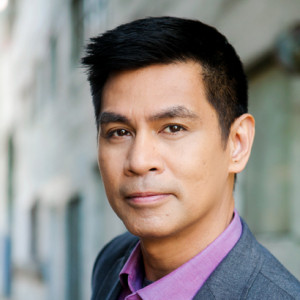 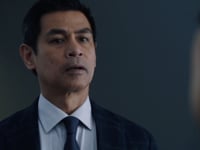 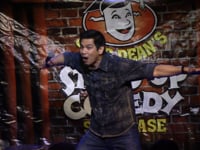