A Cleveland native. When Rob was a small lad, he watched The Mask starring Jim Carrey. He was so enthralled by his performance he decided, right then and there, that he wanted to be an actor. Skip to his college years where he performed in countless theatrical shows such as Taming of the Shrew, Three Sisters and Fifth of July. After college, he went off to Disney World to perform as characters in the entertainment department. When he returned back to Cleveland he set his eyes to working in film. And he has loved it ever since.

I am from Cleveland Ohio! Go Cavs_Go Tribe!
I am ready to help you if you need it! Look me up! 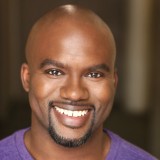