I'm Regina (she/her), a SAG-AFTRA actor based in NYC. I'm fluent in English and Indonesian. I'm a Meisner-trained actor and a proud graduate of the William Esper Studio.

My recent credits include an upcoming series for AppleTV, a direct offer for a role in Law & Order on NBC, Nanny (winner of the 2022 Sundance Film Festival), The Other Two on HBO Max, New Amsterdam on NBC, Law & Order SVU on NBC, and Ray Donovan on Showtime.

What I offer:
- A fully-invested, neutral, or flat reader to help with your self-tapes or when you need to run lines to prep for your classes, live auditions, or callbacks.
- Improv into your scene to help establish your moment before.
- Collaborate with you to give your scenes more colors and nuances.
- Help you break down your scenes and discover the beats and actions.

Just let me know in advance what you need. I'm here to create a safe space for you to be creative, truthful, and spontaneous in every moment!

If my beacon is off or if you want to schedule a session in advance, you can:
EMAIL: reginaohashi@gmail.com
DM on IG: @reginaohashi

MEET REGINA...
... that glass-half-empty gal who makes you feel stupid!
... a cross between Alex Borstein and Edna from "The Incredibles"!

Regina (she/her) is an NYC-based bilingual actress (English and Indonesian). She could be seen next in an upcoming series for AppleTV. She recently received a direct offer for a role in the return of LAW & ORDER and was in the feature film NANNY (opposite Anna Diop and Sinqua Walls), which won U.S. Dramatic Grand Jury Prize at the 2022 Sundance Film Festival. Her other TV credits include THE OTHER TWO, NEW AMSTERDAM, LAW & ORDER: SVU (directed by Mariska Hargitay), RAY DONOVAN (opposite Quincy Tyler Bernstine), THE LEFTOVERS, HIGH MAINTENANCE, and HIGH FIDELITY.

She produced and starred in the short film "The Love We Accept" which won the prestigious Platinum Remy Award at the 48th WorldFest-Houston 2015. She has worked with Margaret Cho and Tegan and Sara in their music video Intervention as well as numerous indie films, commercials, and industrials.

Her theatre credits include the Regional Premiere of Caryl Churchill's Love and Information, A Midsummer Night's Dream, Macbeth, Dinner with Friends, The Women, The Wayside Motor Inn, and The Best Christmas Pageant Ever.

A versatile performer adept at both comedy and drama, Regina is truthful, impulsive, and funny. She's got strength, emotional depth, quirkiness, and is almost always vulnerable. She is that glass-half-empty gal who makes you feel stupid. She's a cross between Alex Borstein and Edna from "The Incredibles".

She's a proud graduate of the world-renowned William Esper Studio in NYC. She completed its Two-Year Full-Time Meisner Training Program under the tutelage of Bruce McCarty, along with other renowned teachers in their fields.

Off-camera, she's a homebody who enjoys adult coloring, crocheting, and having meals with friends, but also loves traveling the world. She gets very excited when she goes to the stationery aisles at Staples or Target. 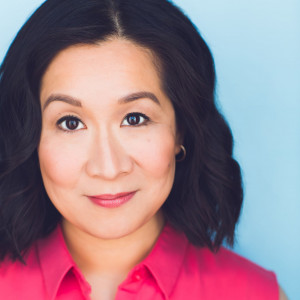 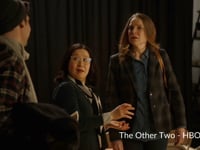 Amazing! So helpful and friendly. "
"

Excellent reader! Great with timing and pacing too. Thanks Regina :) "
"

Amazing reader -- would definitely work with her again! "
"

Regina was soooo helpful, and was willing to read with me multiple times. "
"

Great reader! Gave me what I needed! "
"