Hey y'all! Hope everyone is doing okay in the current climate! I'm super excited to read for you by trying different ways to play and bring out the most natural/interesting performance :)

When I'm not acting, I'm writing and singing songs. I look forward to working with you, but also looking forward to connecting! <3 If you'd like to schedule something in advance, feel free to DM me on Instagram @raelimofficial

Rae Lim exemplifies the term "ABC". Not American-born Chinese, but actually, American-accented, British-educated, bilingual Chinese actress. She also teaches, performs and competes in Latin dance to further confuse those whom she meets. The above-average Asian, Rae has been described by others as funny, funky and flirty - usually at the same time. Cute, quirky and kickass (and a massive fan of alliteration), she is primarily a comedic actress who also works in stunts and voiceovers.

Being academically gifted, she graduated with honors in Psychology and completed her Graduate Diploma in Law. She then worked as a paralegal and then became a marketing director for an IT company. However, realizing that acting is her one true love, she quit her 9 to 5 and has began making waves in the entertainment industry. Her dance credits include being a competition dancer on Cuban Fury, an assistant choreographer on Strictly Come Dancing, working for the Brit Awards and several artists as a featured dancer including Gregory Porter and Kimberly Walsh.

Her acting credits are equally impressive - with her first short being shown at 16 festivals and attaining 4 awards in 2014, she then went onto playing a lead role in "Edge of Sleep", a film which went to the Cannes Film Festival in 2014, and then another lead in "The Mantis", which showed in Action on Film. In between filming for guest and lead roles, Rae works in voiceovers for video games as well as accent coaches (primarily General American and East Asian accents).

A true triple threat, she's signed to SAFO Music Group and her soulful pop voice has been scouted by several shows such as The Voice UK. Rae is not only an artist, she also works as a session singer but has produced and co-written tracks for Ernesto Green, and a dance model troupe called The Felinz. She has now 2 tracks on Spotify which have crossed 20k streams. 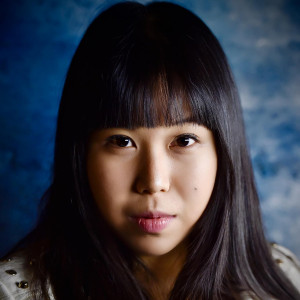