Friendly and flexible. I am happy for you to direct me in order to get the best out of your read for auditions/self tapes or just for practice. I am a reader of numerous audio books and radio drama. I am free to read in for auditions and also to do table reads of new work. (which I love). I have read in for West End auditions. Voice demo is on Spotlight. Happy to help.
www.spotlight.com/interactive/cv/4370-7869-9183

Patricia is a native Geordie and has worked extensively in TV and Theatre. Credits include ‘Emmerdale’ ‘Coronation Street’ ‘Doctors’ ‘Eastenders’. She was a series regular in ‘Byker Grove’ and will next be seen in ‘Adult Material’ for Channel 4. Theatre work includes ‘West End Girls’ at Live Theatre, ‘Occupation’ at ARC . She appeared in ‘Women Warriors’ a new play about female veterans and has played Bottom and Mistress Quickly in tours of ‘A Midsummer’s Night Dream’ and ‘Henry IV’ respectively. She has also appeared in the West End in ‘Cooking with Elvis’
Radio includes ‘Angel of the North’ for New Creatives/BBC Sounds and she also is a reader of audio books. 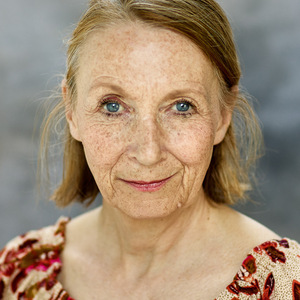 Patricia is lovely and a wonderful reader. "