Hi! I'm a Chicago based actor, writer and producer, active in the Chicago theater scene. A graduate of The Second City Conservatory, I'm adept at long and short form improv. Shurtleff trained, I believe finding story and the beats of a moment are important. Proud member of SAG-AFTRA for 8 years, I wrote myself into the union with a web-series also bringing in 6 other actors. An active voiceover and audiobook narrator, I've booked numerous commercials, indie-films, web-series and finally got my first co-star! I understand the challenge of those under 5 roles intimately.

Having worked in a casting office for almost a year, I'm promise to be patient, energetic and passionate during our session. And don't worry about hurting my feelings, our goal is to get the best read possible so you BOOK IT! It's so not about me. I'm happy to help with:
- rehearsal
- self-tapes
- scene breakdown/story analysis

A Midwesterner from Chicago by way of Missouri, Indiana, Ohio and Wisconsin, Pam has only to add Michigan to complete her repertoire of Midwest states. After working in advertising most of her adult life, her next chapter was acting, in theatre, film and in voice over. She is an accomplished actress in the realms of film, commercials, theatre and voiceover. Known for her intelligently nuanced performances, with a range spanning from authority figures to grieving mothers, her insightful ability to inhabit a characters skin is chameleon-like. As a producer, Pam successfully co-wrote, produced and starred in several web-series including "Vendors" and "MagsNMel". Her documentary "Silent Mentors" is in pre-production. 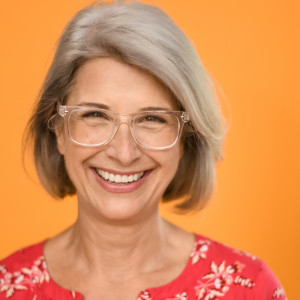 Excellent reader. Great with comedy and breaking down beats. "