Thanks for checking out my bio! I can't wait to dive into your scene work and help you put a killer tape down!

I'm a WAAPA trained performer moving into direction, so I'd say I'm more useful as audition coach on this platform rather than a rapid cold reader. I've never been tested but I think it's safe to say I have a reading disorder, so as long as we can read your script a few times and I can mull it over in my brain, I think we'll have a really great experience.

I work for tips.

I appreciate you. All of you.

Nick discovered his passion and honed his skills as an actor and singer, through community theatre in West Auckland. In his teens he became a principal actor for the National Youth Theatre Company, being cast in numerous roles such as Max Detweiler in The Sound of Music, Joseph in Joseph and the Technicolored Dream Coat and Danny in Grease & Troy Bolton in HSM2 Live! NZ Premiere at the Aotea Centre.
In 2010 Nick played the role of Private Brooke in Ian Sharps 'Tracker' featuring, Ray Winstone (UK) and Temuera Morrison (NZ) then in 2014 played a Stormtrooper in the South African international production of The Sound of Music at the Civic Centre.

In his early 20’s he competed as a boxer, travelled the world and settled in Perth to study Musical Theatre at the Western Academy of Performing Arts (WAAPA). Now living in Sydney his recent credits include the Cop in The View Upstairs at the Hayes Theatre directed by Shaun Rennie, featuring in Zinus’ Campaign 'A View from a Box' by Mirada Studios shot in Thailand and The Lost Voice of Anne Bronte with Whittaker Players.
Nick works as a creative behind the scenes in addition to performing; most recently as stills photographer on The Pool a short film, and as stage manager for The Lost Voice of Anne Bronte. 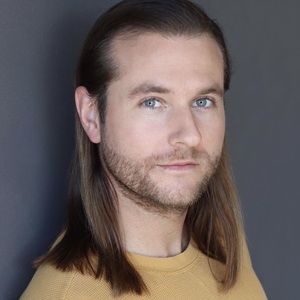 So great to work with! im new to acting and he made me feel really comfortable. Nick also had some great advice and feedback for me that I will carry forever. It was a really really great experience :)) "
"

OMGG, Nick is such an awesome reader. Incredible insights into a scene that I had honestly lost faith with, but he totally made me fall in love with it again and offered so many ideas for new choices. He worked with me on beating it into units and breaking it apart so when we came to film it, it felt so real & natural. Thank you so much Nick! "
"

Great reader. Very patient and good with connecting to the text and actor "
"

Legend, he helped me to grow and develop a character. A highly recommended Creative. "
"

Nick was amaaazing! He was an excellent reader and truly pushed me to my best performance. His notes were thoughtful, precise, and he genuinely cared about me sending in my best take! WORK WITH NICK! "