I've been acting for about 30 years. I've worked in film, tv(most recently on The Dropout on Hulu), and commercials and have done the bulk of my work onstage. I've played a wide variety of roles; especially playing multiple roles in shows(most recently in a 12 person production of Pericles), so I'm very flexible with any changes in voice, tone, and some dialects that might help you. I'm a musician and singer, also, so if you need that specifically I can help you out. Thank you and Break a leg!

I recently played Dr. Secret on the series Almost...Not Quite, a nice co-star role on Hulu's The Dropout, and a comic relief supporting role in the thriller The Missing Twin...and have played other leads and featured roles in multiple films. My song We're Best Friends was featured in the award-winning short Li'l Chit Chat, and even received Best Song in a couple festivals. The bulk of my career has been between theatre(Leo Bloom-Producers, Sir Robin-Spamalot, Old Man-A Christmas Story, Fagin-Oliver, Judas-JC Superstar, Stones in His Pockets, Pericles and many other roles and shows) and my singing group The Mistery Machine which was based in Vegas and Monterey, and opened for The Platters and Ink Spots as well as performing all over CA, Vegas, and even played Japan. I'm also a mime and worked with Richmond Shepard to put together a one-man touring show. 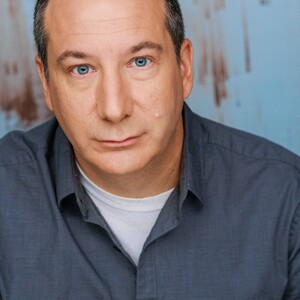 Lucky I had a comedy scene because Mike was so great for the role! Really helped “infuriate” my character. :) …in a good way "
"

Mike is such a great guy, super helpful, knowledgeable and has such positive and calming energy, which really helped me get re-centered! Book him! "
"

Such a great guy! Wonderful energy and super positive! Would definitely book him again! "
"