I'm an an actor with a BFA (almost - one semester left!) from the University of Cincinnati College-Conservatory of Music (or, because that's a mouthful, just CCM). I'm from Chicago, and trained at the Second City Conservatory and Black Box Acting studio before college.

If you're looking for a reader with a relaxed but focused energy that will adapt to your needs, that's me! I can work creatively with you on a side/script, improvise, help with memorization, etc. Just let me know what you're looking for and we'll make it happen.

Looking forward to creating and vibing together!

Michelle Jardine is an actor, writer, and producer from Chicago. Before completing her BFA in Acting with a minor in Political Science at the University of Cincinnati (UC), she studied comedy and improvisation at the famed Second City Conservatory.

While at UC, Michelle played Elizabeth Welsh in Blue Stockings and originated the role of Amaryllis in MJ Kaufman’s Association of Controlled Dreamers. Upcoming on-camera credits include Bethanny in the web-series Next Best Thing, and Elle in Michelle’s own original short film, We Want A.

When not creating, you can find her researching the historical intersections of urban planning and family law and their present-day implications. Michelle is perhaps best known around town for her many pig backpacks.

Check out more at michellejoyjardine.com 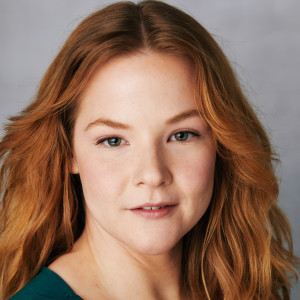