Michael Aurelio is a SAG & Actors Equity actor well versed in classical texts like Shakespeare & modern TV series. He has recurred and guest-starred on We Are Men (CBS) Murder in the First (TNT) & Wu Tang: An American Saga (Hulu)

He has also worked as a professional reader for Warner Bros. casting office.

He has studied under greats such as Mimi Lieber, James Ivory, John Carroll Lynch & Scott Freeman.

You can email me michaelaurelioactor@gmail.com to set up a time that is convenient for you on this site. I'm not on all the time but can log in whenever you might need a reader.

If you would like to tip:
My pay-pal email is: merlinaurelio@gmail.com
Venmo: @merlinaurelio1

An American born in Rome, Italy and raised throughout Western Europe Michael Aurelio became a Northern California transplant at the age of 8. He is a graduate of The California Institute of The Arts B.F.A Acting Program. A prominent theater performer Michael has also recurred on (Murder in the First) TNT, and guest starred on (We Are Men CBS & Wu Tang: An American an American Saga Hulu, and starred in the soon to be released, "Modern Marriage" produced and written by James Ivory. 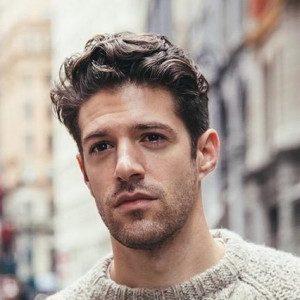 Patient and accomodating. Gave great notes and was willing to tape as many takes to make sure I got it. "
"