I love reading for fellow actors. I learn so much from my peers and, being a collaborative person, I enjoy bouncing ideas and helping you in any way you need to deliver your best.

Meganne Young is best known for her role in the pop culture phenomenon Netflix trilogy “The Kissing Booth” as the kind, warm but strong ‘Rachel;’ part of the best friend trio starring alongside Joey King and Joel Courtney.
Meganne is a film and tv actress on the rise appearing in hit TV shows such as CW’s “Supernatural,” CW’s “DC’s Legends of Tomorrow,” Starz’ “Black Sails,” and the award winning National Geographic “Saints and Strangers.” She has appeared in films such as “The Challenger Disaster” with William Hurt as well “The Kissing Booth” and “The Kissing Booth 2.”

Born in Johannesburg, South Africa to an Australian mom and South African dad, she spent her childhood in Nigeria, Sri Lanka, and Switzerland before making her way back to Cape Town for film
school. She also
received a Bachelor of Arts in Theatre from The Guildford School of Acting.
Performing has always been a natural fit for Meganne her entire life. Her goal is to continue to create work that’s dynamic and challenging, with the ability to balance independent projects with mainstream.
In her spare time Meganne enjoys working out and staying active with physical activity such as cross fit
and boxing to promote mental well being. She is passionate about speaking up about body image and mental health, along with her own struggles and how she finds balance in life. 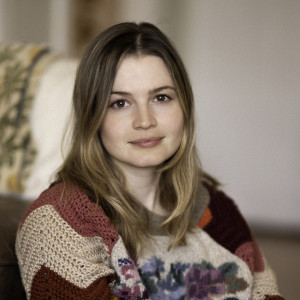 Patient and super helpful! Thanks Meganne! "
"

Meganne was lovely to work with! "
"

Amazing reader! Gave great feedback and really helped bring out the best in my scene. I definitely recommend Meganne. "