I have been an actor and VO artist for 9+ years in Chicago, and made the move to Los Angeles in September 2021.

I've worked in casting offices, and was a board member for the Chicago Acting in Film Meetup (CAFM) for 4 years, where I met and interviewed many of the Chicago market's best in the industry. I was also building up a "self-tapes for actors" business prior to the pandemic. I love reading with other actors and coaching them to put forth their best work for each and every audition.

My recent credits include Chicago Fire (NBC), A Christmas Wish in Hudson (Roku Channel), and Unplugged, an animated feature film starring Christina Ricci, to be released in 2023.

I can't wait to work with you!

Megan is is a performer and storyteller. Whether it's through acting and music, writing scripts, or video editing, her love of portraying the human experience knows no bounds.

Megan is based in Los Angeles and Chicago. 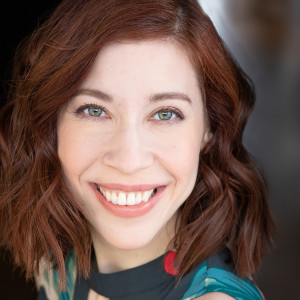