Hello, my name is Martha Simpson, an aspiring actress. I have been acting since very young, throughout which I have worked in television, feature films, short films and theatre. In this time I have also won awards for my performance in comedy.

I am very happy to read in for those who need one for just $20 an hour.

On television I have made multiple appearances in 'Coronation street'. I have appeared in 3 short films, including working with directors such as the 'eight engines'. I have performed in theatre and pantomime also, for which I have won awards. I play six instruments; saxophone, guitar, ukulele, drums, piano and vocals. I am also trained in dance. I have a versatile range of accents, emotional skills and humour. 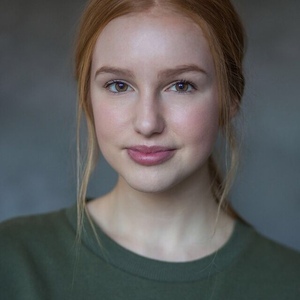