Former President of nationally renowned sketch troupe, The Durham Revue, I know how to guide a performance to an award winning standard. Though my comedy skills are particularly practiced, I have enjoyed roles in main feature films and Improvised ADR castings on HBO's 'Chernobyl', BBC's 'The Passing Bells' and 'Vanity Fair', as well global features like 'Slaughterhouse Rulez', 'Tolkien', and 'Festival'.

I am a switched on, good natured, great humoured actor with an eye for detail and a penchant for avoiding overthought performances to give natural reads.

A professional presenter in motorsport with six year's military history, I also have various niches which come in handy more regularly than not when making character decisions.

We can work together in a focussed but fun way to get straight to the aims of your casting director and convince them that you're the right actor for the job.

Having started a professional career as an actor from the sketch and standup comedy circuit, my character ability is varied and energised. My first two feature films as main cast ('The Point of No Return' - 2020, 'Giddy Stratospheres' - 2021) has seen me take on intimidating, seductive characters which I have very much enjoyed, whilst my commercial and short film castings have brought a greater range of humour, accent, and intention.

I most enjoy roles which include a scope for comedy, and this very often translates into opportunities as the love interest but for me, variety is key. 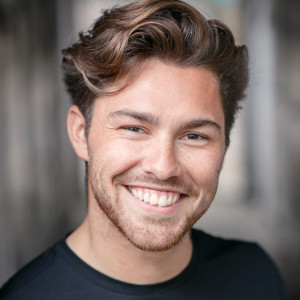