Originating from Romania, I am now a working actor in Paris, France.
I started studying acting since 9 years old.
I've been studying acting professionally for three years in Romania with renowned actors in the Theatre scene. Afterward, I moved to France where I was accepted as a student to the Conservatoire National Superieur d'Art Dramatique. Studying and working with famous artists in France like; Simon Astier, Melanie Thierry, Colline Serreau, Serge Bozon, Nada Strancar, Giles David, and many more.

I've been obsessionally reading about acting and methods of work from all around the globe and I have quite a toolbox to share.

I recently have booked a series regular for a Netflix show in France called Mortel.
I was also a Talent Cannes Adami in 2018.

I, therefore, propose my services to you, free of charge, with love for the craft and for what we do. I think, together, we can make the most out of the written paper.
(I'm not looking to make any extra bucks here, just enough to pay for next month membership)
I don't have any pro work in English apart from the video poem but my American Accent is really good.

Hope to work with you

Allow me to introduce myself;

I am Liviu, a young Romanian actor who is currently living in Paris, France.

Starting theater from as early as eight years old. I got my professional training in classical theatre in Cluj, Romania, and then moved to Paris in 2017 to train with the students of Conservatoire National Supérieur d'Art Dramatique.
Henceforth, I got involved in multiple workshops studying Susan Batson, Ivana Chubbuck, and Sandford Meisner techniques.

Today, my main artistic focus is film.
I recently filmed for a Netflix series called Mortel in which I have a co-starring part that will be a series regular next season.
Talent Adami Cannes in 2018 with the short movie Afikoman directed by the famous french actress Melanie Thierry.

I am bilingual in both English and French. 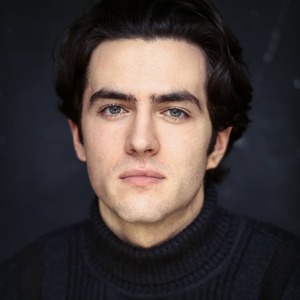