As a reader, I have helped actors book roles and "book the room" for over 4 years. I love getting to jump into a new scene with actors and play in the imaginary circumstances.

I recently booked and shot a role on a new Hulu series, also currently on Amazon Prime in the feature film "Frontera" and on ABC's "To Tell the Truth".

I am a SAG-AFTRA actor with a B.A. in Theater with an acting focus from the University of Hawaii. I have had principal roles in television, film, theater and commercials.

Email to schedule if I'm not on: libettegarcia@gmail.com

Libette Garcia is currently on Amazon Prime playing the matriarch of a Mexican- American family in the feature film “Frontera”.

Libette has also had principal roles on national television and national commercials. Fluent in Spanish and Spanish accents, she holds a B.A. in Theater, with an acting focus from the University of Hawaii.

When not performing she enjoys hiking Lake Hollywood and volunteering at her local cat sanctuary Perry's Place. 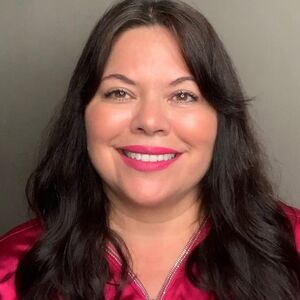 Excellent. My second time on We Audition. She was patient. "
"

Libette had an amazing energy to her! WOW! Loved working with her, thanks girl! Will book again "
"