Do you need overnight help with a last minute audition? Is it an absurd hour and you don't know who to call to read with you? I'm your gal. I'm currently on-location in Asia shooting a leading role in a feature film- and I am available for coaching and readings for all of the hours you're dreading finding someone to read with you.

I live and work in Los Angeles in film and television as an Actor and a Writer. I teach locally at STUDIO SCHOOL to BA Acting students. Because of my writing background, I specialize in story and finding ways to make you POP within that story.

I also have an extensive background teaching comedy and MULTI-CAM comedy. I trained at GROUNDLINGS. If you need help with single cam or multi-cam- I got you. Don't know the difference? I can help you there as well!

ELIZABETH MOSS and CAROL BURNETT had a baby, it's LIANNE O'SHEA. She writes and produces her own work, which has been featured on FUNNY OR DIE, HUFFINGTON POST, OUTSPEAK TV and various film festivals WORLDWIDE. Lianne is also a fluent in Spanish Gringa who's spent time in Costa Rica rescuing Sea Turtles. Los Angeles Based Actor, LOCAL HIRE: Boston, New York, Atlanta 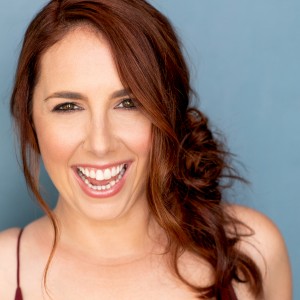