I am a French actress from the beautiful wine region of Bordeaux.
Alongside my acting, I have been a language tutor for 7 years, from Skype lessons to Cambridge University. I am thus used to helping people and listening to them to make sure that they get the best out of our work together. Friendly, enthusiastic, patient and professional, I will be happy to help you with your sides, both in English and in French. My having studied languages up to masters level means that I have an excellent knowledge of phonetics, so I can help you with your accent as well in both languages.

Studied between Cambridge and Normale Sup (whilst doing way too much theatre) .

I have worked on stage, screen and as a voice actor, both in French and in English.

I also co-founded an international ensemble theatre company with Cambridge Graduates called Night Train Theatre Company - in which I am both an actor and a producer. 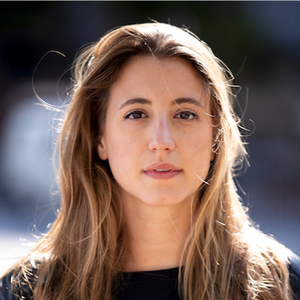