Hi-- I’m Kyle, and I would love to help you with your upcoming audition/workshop/gig.

I’m an actor & collaborative creator in film, TV, theater, & voiceover. I live in Brooklyn, NY where I play guitar & banjo-ukulele alongside my two cats, Romeo & Pudgley. I also pickle/jam/lacto-ferment & lovingly tend to a sourdough starter named Sir Quincy. (Did I say Brooklyn?)

I’m a tinkerer & passionate collaborator. No hobby too many. No google too small.

I started performing as a dancer in Tulsa, OK, stumbled into a clown class at my studio & ended up going to theater school via Evansville, IN & San Francisco before landing in NYC. I’m a co-founder of the acclaimed NYC comedy collective Recent Cutbacks, and my work has been seen on the big/small screens, stages near/far, & all around the internet.

I'd love to help you run lines for class, auditions, self tapes, workshops, whatevs. Just let me know what you need. Give me a shout, and let's #BOOKIT.

I am a New York-based actor, musician, and collaborative creator in TV, film, theater, and voiceover. In addition to creating original projects with Recent Cutbacks as a performer and founding member, I have developed work at Williamstown, Ensemble Studio Theatre, and A.C.T., where I graduated with my MFA. I have also performed at the PIT, Irish Rep, Arkansas Rep, the Kennedy Center, and Berkshire Theatre Festival, and have toured internationally. My work in independent film, television, and webseries/sketch can be found online and streaming. 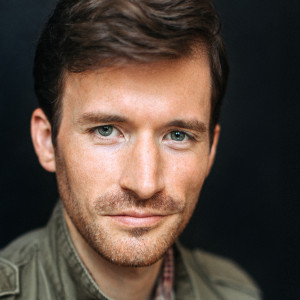 Kyle is such an excellent reader and gives great feedback. Highly recommend. "