Kya Azeen born and raised in Bronx, New York, began her dance training at Harlem School of the Arts at the age of eight. With a strong focus, Kya continued her studies attending schools such as Dance Theatre of Harlem and Joffrey Ballet School. Furthering her training, she has attended Complexions Summer Intensive and became an active student of the Alvin Ailey American Dance Theatre Fellowship Program. During her studies she trained in Graham technique, Horton, Limón and West African. Becoming an alumni of the Professional Performing Arts High School, she began competing in the New York Underground Ballroom Scene; where she learned the technique of Vogue Art and achieved multiple grand prizes and recognition at mainstream events such as the Annual Heritage Ball (2017.) Her participation within the Underground Ballroom Scene lead to many opportunities. Kya has performed at Pat Mcgrath New York Fashion Week Mothership Ball, starred in ‘Fifty Years Proud’ Coach Campaign and was a principle in Adidas 'Women Forum' Social media campaign . Her recent journey into acting has lead to her becoming a featured character in Ryan Murphy’s FX series ​‘Pose’ ​ as Ms.Cherry and a lead role as 'Theresa' in Zollo Mehdi's short film 'Saturday Night Special'. Aside from dance and acting Kya enjoy’s modeling. 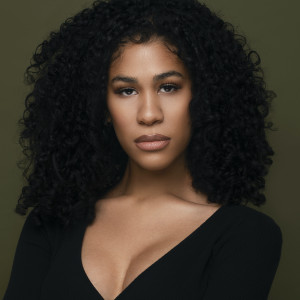