I have a keen eye for even the smallest details and can aid you with text analysis, actioning, scene objectives, memorization and helping you get into character to bring about your BEST audition.

I am a current student and class president at the Identity School of Acting. I have extensive experience on stage, with Shakespeare and on-camera work. Let's book you your next role!

Khalfani, hailing from Long Island, NY, is a graduate of Cornell University and is a current student and class president at the Identity School of Acting. He is fluent in Haitian Creole and French. Stage credits include Cory in Redhouse Arts Center's production of August Wilson's Fences, Valentine in the Hedgerow Theatre Company's production of Two Gentlemen of Verona. He made his regional theatre debut as Count Paris in the Ithaca Shakespeare Company’s production of Romeo and Juliet. Some of his favorite roles include Cinesias in the Evergreen Theatre Collective’s production of Lysistrata and Bob Bea/Randy Ezell in Spill at Cornell University. He has on camera work in feature films, student films and commercials. 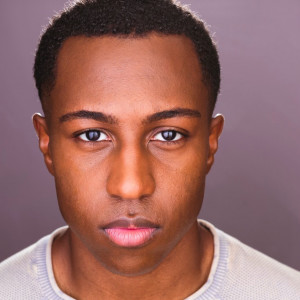 So incredibly kind and generous! Very receptive to direction. "
"

Creative and so calming to work with! "
"

Such a patient, fun reader! Thank you for your help! "
"

Khalfani was perfection. Jumped in right away with all of the energy I needed for the scene. Thank you. "
"

Two reviews because he helped me back to back and was AMAZING! "
"

Great energy. Super sweet. Able to roll with the punches of what the scene needed. Thank you! "
"

Khalfani offered suggestions and was extremely detail oriented. He was easy to work with! I'll definitely be booking again soon! "
"

Excellent reader! Put a lot of emotion into it. Real helpful with my scene. "
"

Firstly Khalfani Provided space for helpful discussion, exploration and wondrous feedback to help me to my best work. I am grateful for his wisdom and encouragement as we read through and finally broke through in putting the work on tape. Lastly Thank you Khalfani!!! "
"

Friendly and amenable! Thanks Khalfani. "
"

I really enjoyed working with Khalfani! He was very engaged with my audition, gladly provided feedback and adjustments, and nailed what I was looking for as a scene partner. I would definitely book him again if he's online. "
"

Excellent reader. Really fun and inspiring to work with! "
"