You: "Ugh, I really need a reader that's a good listener, playful, creative, upbeat and professional."

Me: *slides into your WeAudition DMs*

I've had a professional career in film, TV, and stage for over a decade. After graduating college with my Bachelors in Theatre, I moved on to train + perform at Second City + IO in Chicago.

Although I have worked dramatically (most recently alongside Joey Lawrence), I am incredibly versed in comedy -- script analysis, writing structure, direction, timing, improvisation, sketch, and commercial work.

Katie is an actress known for her comedic work in iMPERFECT mARTINIS (2021) and her one-woman show (2020) that played at Second City TC (Chicago) and UCB Spank (LA). She specializes in on-screen comedy, improv, satire, and commercial work. 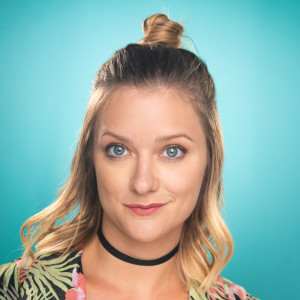