Hello! I am a Midwest actor with a BFA in acting from Michigan State University.
I spent the last 5 years living in Atlanta working on set behind the scenes for the AD Department and understand the ins and outs of what is expected on large film and television sets. I also have recorded and produced several audiobooks available on Audible and iTunes.
Since leaving my Meisner based BFA program I have studied The Warner Loughlin Technique and been focusing heavily on my self tape and audition technique.
I look forward to helping you rehearse, audition, and make those self tapes fantastic!

Katherine Schooler is an actress and producer on the web series Miles Above (2017-2021). After graduating from Michigan State University with a BFA in acting, she moved to Atlanta where she spent 5 years working behind the scenes on various film and television projects as a production assistant for the AD department. Recently, she has recorded and produced audiobooks including The Catalyst by Selin Senol-Akin and Christmas Inn Maine by Chelsea M. Cameron available on audible and iTunes. Katherine is a singer, a dance fitness enthusiast, and an avid knitter. 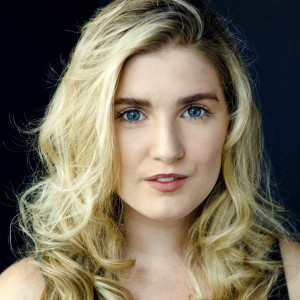