Hi! I'm Katelyn and I've been acting for nearly 9 years. I'd love to work with you for any level role, whether it's breaking down a character, simply running lines or working through an accent.

My resume includes such credits as The Glorias, Little, Hangman, NCIS: New Orleans, Nashville, with my most recent role as Christina in HBO's Staircase.

I speak American English, some Spanish, and am learning French. My accents include Australian, British RP and other English dialects, Irish, Russian, Southern, and Middle Eastern.

Please visit my Actors Access resume if you're curious about my other skills and training. If you need a reader, scene partner, etc., I'm your girl! I am willing to coach, but do not proclaim to be one. I can't wait to help you uncover your best self to start booking!!

To schedule time, please email the character breakdown and any sides you have to tagrazzia@gmail.com.

Thanks and let's book!!

Katelyn Farrugia is a Maltese-American Atlanta film and TV actor best known for her work in NCIS: New Orleans, LITTLE, Hangman and Bobcat Goldthwait's Misfits & Monsters. After completing her bachelor's in Journalism and Mass Communication from UNC-Chapel Hill, Katelyn went on to study under Allie McCulloch and Ron Fallica at Actor's Arsenal (Wilmington, NC), with Sara Mornell at Mornell Studios (Atlanta) and most recently with the Marjorie Ballentine studio in LA. Katelyn starred opposite her former instructor, Allie McCulloch, and Oscar winner Julianne Moore in The Glorias, a 2020 Sundance Film selection.

When not performing, Katelyn continues her script writing skills, hones her accent game, and finds any excuse to bake a challenge recipe from the Great British Baking Show. She also speaks Spanish, is learning French, and continues target lessons in small and large firearms. A unique skill she's recently uncovered is axe throwing - not only is she extremely proficient but is now prepared for any war movie role from the 1800s. Katelyn is Maltese-American, her ancestry very important to her, with roots hailing mostly from Malta but including British, Greek, French, German, Spanish, Portuguese, Egyptian and Israeli descent.

Most recently, you can catch her in Your Worst Nightmare, episode 612, on Investigation Discovery, as Jen Smith, the supportive and sassy best friend. To come: roles as a paparazzi in The Valet and in a recurring role for HBO's Staircase. 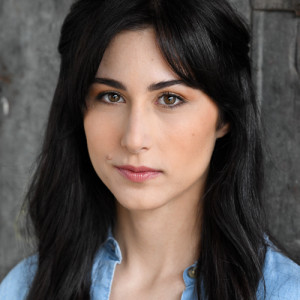