Hi, I'm Kate. I have extensive improv experience in addition to training in mainly Meisner, Strasberg, and Chubbuck. I'm currently part of The Second City Chicago Conservatory and continue to train in more dramatic techniques. Needless to say, I tend to delve deep into character development. I'm available most days and some nights as I work from home. Looking to develop some lasting professional connections on here!

SAG-Eligible Kate is based in Atlanta with the ability to work as a local hire in New York and Los Angeles. Particularly versatile, she excels in Drama, Improv, Comedy, Dramedy, Writing and Sketch. She is current part of The Second City Chicago Conservatory program.

Her journey into the world of acting was anything but typical, however acting has been an outlet of hers since childhood. As a hyperactive kid, she was able to utilize the unexpected advantages of a chaotic brain. She attended a visual and performing arts school in New York, studied ballet for several years followed by photography and film in college, then spent time as a member of the “normal” workforce, traveling and studying bioscience—all while doing casual performance art with friends on the side. She might have continued acting as just a hobby but for a bogus medical diagnosis. Told she might have a fatal condition, Kate realized how central creativity was to her life—an epiphany that wouldn't go to waste. Later found to be misdiagnosed, the clarity Kate drew from taking stock of what was truly important to her has continued to serve her well in her acting, her approach to day-to-day living, the choice of people she keeps close, and her uncompromising attitude about the future. Needless to say, she doesn't embarrass easily. Kate remains fearlessly committed to entertainment and self-expression—following her already natural instincts to perpetually stray from the pack, 'let go' of what other people think and embrace the freedom of the unexpected.

In addition to on-camera work, Kate is an experienced voice over artist, as well as a soprano with a broad octave range. She continues to train on-stage, on-camera and in voice over. 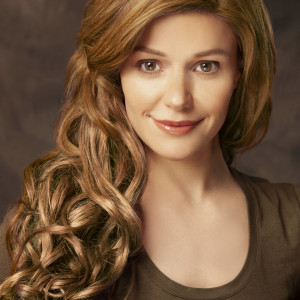 Kate brings 150% to your scene. Great energy and spot on with notes and feedback. Highly recommended. "
"

Awesome reader and scene partner! She gave me so much to work with, and I was able to get off book so fast! "