I currently work for Tassell Talent Group, is a management company for actors

I love being an actor and working with actors on scripts of all levels!

Let’s get you booked!!

Please PM on Instagram if I’m not available here @kruzvalero16

Kruz is a diverse and tremendously talented bi-coastal actress who has many skills, she is Bilingual and can speak fluent Spanish and speak with an Indian and middle Eastern Accent, Can ride a Motorcycle, Horses, drive a stick shift, Trained in FireArms Martial Arts, Combat Fighting, and weapons trained with Sword, bo staff. Kruz recently won a Best Actress award for MADE IN AMERICA for the Atlanta Film Festival with another nomination for the Latino L.A Film festival, NY Latino Film Festival and the South East Emmys.

Kruz is a grounded, natural actress who easily fits confident roles with Charisma and a lot of personality can play emotionally charged roles, vulnerable friend or Mother but also can be a Firecracker great with action roles. Transformative, transparent and diverse, Kruz has an instinctual understanding of drama & action. She is often compared to actors like Michelle Rodriguez, Angelina Jolie and Salma Hayek.

Credits to date include GUEST STAR roles on "Orange is the New Black," and "STAR," featuring sensation, Evan Ross on FOX, "abc EMERGENCE" (where she became the first female Team Leader on the show holding an AR-15; Let's Stay Together working with Kyla Pratt. Kruz can also be seen in a supporting lead roles in the Leisure Seeker working along with Hellen Mirren & Donald Sutherland, this film was nominated for a Golden Globe, you can see Kruz on "A Question of Faith," My Brother's Keeper & Redeemed working with Richard T. Jones, Kim Fields and Keshia Knight Pulliam (AMAZON/Netflix). KRUZ is scheduled to film a worldwide commercial for Coolsculpting in California Which it will be in all the main markets Worldwide, as well as starred in many nationwide commercials like Hallmark, Diet Coke, Nature Valley & Coors Light that aired digitally and on social media. 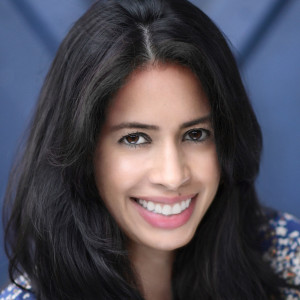