Kabir Chopra is a South Asian filmmaker and actor. He graduated with a BFA in dramatic writing from NYU's Tisch School of the Arts and has written and directed several short films.

Kabir is the creator of the award-winning web series Swiped to Death, which explores the messy realities of online dating. Each episode is based on a true story and stars himself and Reema Sampat (Orange is the New Black). The series has screened at 14 film festivals and won 3 awards.

As an actor, Kabir has appeared in Madam Secretary (CBS), Two-Grown (BET) and the upcoming feature film Definition Please starring Sujata Day. He was also a co-writer on the feature film Sleepaway Slasher which is now streaming on Amazon Prime. 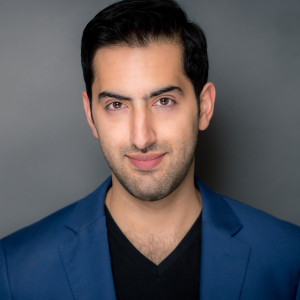