I've done national commercials, TV, indie films, print, and theatre, and would love to help you prepare for your auditions, rehearse with you, or just be here for you to try new things, and bounce some ideas back and forth.

I'm here, and happy to help.

Josh Bergen absolutely loves this business, and brings his passion and creativity to everything he works on. He studied with Ivana Chubbuck (in her master class), Milton Katselas and Jeffrey Tambor, and has completed the Improv core curriculum at Upright Citizens Brigade (UCB 101-401) with John Timothy, Todd Fasen, Toni Charlene, and Billy Merritt.

He first gained attention and television experience with appearances on the daytime soap operas, Days of Our Lives and General Hospital, and as since earned big laughs appearing on the Adult Swim channel in You're Whole, opposite creator and star Michael Ian Black. He has also been making a name for himself on the indie film scene, emerging in numerous projects, including Portrait of Eve, Trapped in Perfection, and It's Time. Josh has also won principal (hero) roles in national network commercials for Bud Light, Chrysler (multiple spots directed by Tony Kaye), and print ads for Porsche, and Edward Jones Investments.

Josh’s creativity extends well beyond the acting world. He discovered his love for music as a child in school playing the clarinet, and later taught himself to play both the bass and guitar. He built a solid fan base in Los Angeles playing some major clubs as part of the rock band LOVECHILD.

After the breakup of the band, Josh turned his attention back to his first passion – acting – making the decision that he would rather be an actor that can play the guitar, instead of a guitar player who can act.

Today, Josh is pushing his talents even further by branching out to create his own projects. He has penned the scripts for two television dramedy projects, one half-hour and one hour-long, and is currently in the process of writing his third pilot, an hour-long drama.

He also Executive Produced the short film, Flies in Amber, and is looking for his next producing project.

Josh is a member of SAG-AFTRA, and is based in New York City. 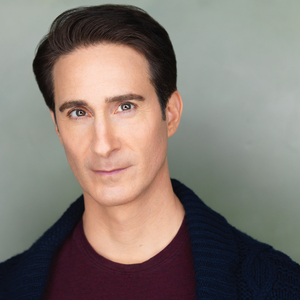