Do you need help with a big audition that's due soon? Are you tired of having those bland readers who could care less about what they're reading and subconsciously, it affects your performance? Do you wish your reader would give you good notes instead of just saying, "...Yeah, it seemed good to me."

We I am the solution to all of your auditioning problems! Not only am I a working actor, but I also have experience as a reader with a casting department (I used to fill in as a reader for "Dream Big Casting") and with a pretty big company that helps actors with their auditions by reading for them. I'm constantly getting compliments on how much I've helped them with their auditions either by giving an amazing read, or by giving invaluable notes!

So trust that I've been on both sides of the camera (and I'm still going strong doing it to this day)! I'm a great listener so I can easily adjust if you need me to as a reader, or to help you deliver the lines the way you'd prefer on camera. I'm extremely easy to work with!

So, reach out, and let's have some fun with it! That's what this is all about anyway! :-)

Born and raised in Jackson, TN, John grew around a lot of talented singers on both his mother and father's side of the family. He started singing in church when he was old enough then started learning how to play the piano. This turned into him developing a love for music, songwriting, and performing when he was 15 years old.

While in High School, he joined Advanced Choir and then All-West Choir where he was praised for his vocal talent. He then auditioned for his first theatrical play during his senior year, where the director was impressed with his acting ability, then shocked to learn that this was his first time acting in a play. Upon attending college, he started going out to sing and headline at various venues across Tennessee and the neighboring states, as well as taking on small roles in a few short films.

He then took the leap and moved to Los Angeles, CA to more fully pursue acting and singing. He studied Voice Acting under Janet Wilcox at UCLA and also started taking voice lessons under the legendary International Singer, John Davies. Because of this, he then started booking more Voice-Over and acting roles. Studying extensively under improv (Groundlings, Westside Comedy, and Rogue Improv!) and taking acting classes under acting coach, Jonathon Trent, he started booking bigger projects and landing larger roles.

You can see him in various film projects and has accrued many accolades (acting/producing/writing) along the way and he is producing and creating his own content such as his comedy sketch series, "Deliver The Funny". He also produced, written, and acted in his multi-award winning short film, "Emotical", where he won the "Best Actor" award. He's also improving his Voice-Over skill set by studying at Voicecaster under the tutelage of Voice-Acting veteran, Dave Boat. John is typically always staying busy whether he's creating, writing, and producing his own content, or showcasing his acting ability in a new project that he's been cast in. 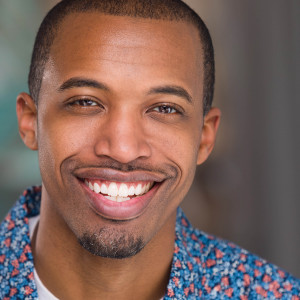 Thanks so much John. Your energy with my detective made it work! "
"

John is an excellent scene partner and reader. Thank you!! "
"

Hands down one of the BEST readers on here!! Drops gems of advice and is very patient and super friendly !! highly recommend !! "
"

Awesome reader! Had a great vibe. Really helped me connect more with the script. Thank you! "
"

I enjoyed reading with John. He offered valuable feedback that really elevated my scene without being intrusive. I will definitely work with him again. "
"

Jumped right in and was very present! "
"

John was excellent! So great to read with, patient, and willing to play! Thanks Mate! "
"

John was wonderful, he delivered what I needed in the scene. Thank you! "
"

Absolutely amazing! Thanks for the work! "
"