Hey, I’m Joey and I’m here to help my fellow actors. As a SAG and AEA member I’ve been working in film, network television and theatre in NYC for over 15 years. (recently The Blacklist, Ramy, and New Amsterdam)

If you need to run lines before class, I got you! Last minute selftape, done! A reader needs to be a great listener and give great energy to help you shine. And I’ll never give notes or advice unless you ask. Auditioning should be fun and stress free, I’ll work with you until we get your best take!

Joey is an artist who has worked in film, television, theatre and voiceover. TV credits include recurring and guest star roles for NBC, CBS, ABC, Netflix, Hulu, and HBO. Most recently Joey appeared on The Blacklist, RAMY, New Amsterdam, and WuTang: An American Saga.

Stage performances include Lincoln Center's American Songbook: The Songs of Michael Friedman, KINGDOM at The Old Globe in San Diego and the Off Broadway revival of Stephen Adly Guirgis' OUR LADY OF 121st STREET at The Signature Theatre in NYC.

As a voice actor, Joey has worked on numerous commercials for radio, tv and video games.
He provided voices, as well as motion capture, for several characters in Rockstar Games' highly acclaimed Red Dead Redemption 2.
​
Born in Texas, Joey grew up in Houston, but his family roots lie in Louisiana where his Creole heritage began. He was offered a scholarship to study opera at Loyola University New Orleans, graduating with a BA in Music, Vocal Performance. Relocating to NYC, he studied musical theatre at the American Musical and Dramatic Academy. He has studied stage and
on-camera technique under esteemed acting coach Anthony Abeson and is a finalist at The Actors Studio NYC. Joey has a true skill of connecting with his characters and telling their stories with true depth. This has led him to work with directors such as David Mamet, Spike Lee, Tom Hooper, and Phylicia Rashad to name a few. 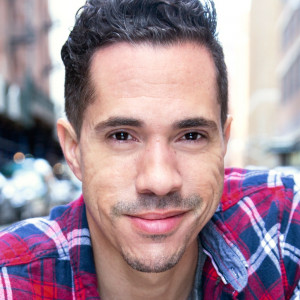