I'm an actress and filmmaker, currently based in New York; I've been here for the past fifteen years, and am a working actor in television and award-winning films. I am a graduate of UC Santa Barbara with a BA in English and Dramatic Arts, and studied IMPROV at UCB and The PIT in New York. On-Camera studied with Bob Krakower.

I am excellent with detail and I know I can help you. I've booked 6 major roles from self tapes and much of what makes this all work is creating a picture for casting. I have worked years to perfect on-camera technique and I know I can help you. I also love to read with actors/actresses. It helps us all feel that we are in this together and the confidence comes with your own preparation.

Upcoming projects include WICKED IMAGE a short dark comedy which will have its World Premiere at The Garden State Film Festival about Lucifer, The Devil and Satan.

I grew up in San Diego, California. I am not afraid to take risks. I hustle because I am passionate about my work. I was born funny. I understand drama is part of being human. Improv is excellent at parties. I always answer with “YES AND”. Tears can be happy or sad. I get along with others. I was the face of FRUIT BY THE FOOT and had a two-year National Campaign for AQUAFRESH. You can see me on Season 2 of CLAWS (TNT) and was recently seen on CLOAK AND DAGGER (ABC FreeForm) and on BLUE BLOODS (CBS) opposite Donnie Wahlberg. For the past year I have collaborated on “SCRATCH THIS THE SERIES” with Laura Dowling Shea, Jessica Alexandra Green and Jody Lauren Miller winning GRAND Prize at New York Woman and Film Short Film Festival. The series is in post-production. I have teamed with with writer/director Caitlin Scherer to produce WICKED IMAGE a short film about Lucifer, The Devil and Satan which will have it's premiere at The Garden State Film Festival Spring 2020. 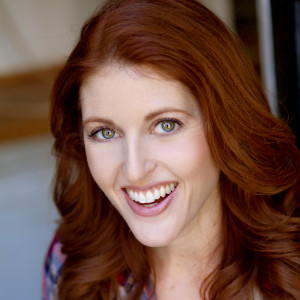