Hi there! I'm Jess and I've been a working actor for over 8 years. I am passionate about creating a safe space for you to creatively explore and have FUN!

I am a generous scene partner, honest, patient and encouraging! Whether I'm coaching you, reading or rehearsing a scene I always bring supportive energy that will leave you feeling great about your tape or ready to crush that in person audition.

Jessica Damouni is an Aussie/American actor, writer and director if Middle Eastern descent currently based in LA. She moved from Perth, Australia to New York at the age of 17 to study acting at The Lee Strasberg Institute and improv comedy at The Upright Citizen’s Brigade. She's been cast as leading roles in the films Choke (Outfest LA, Nominated! Best Actress NOVA Film Festival), Like Salt, Salam (Tribeca Film Festival), Inspector Ike (Winner! Best Narrative Feature NOLA Film Festival) and guest starring on shows on CBS, HBO and AppleTV+. Whether comedy or drama, Jessica brings her unique perspective, gratitude and enthusiasm to every project. 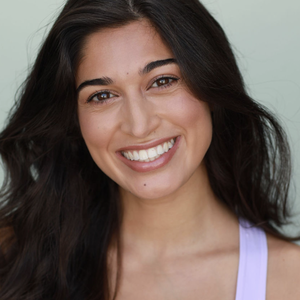 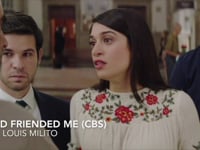 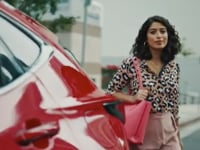 So wonderful! Very friendly and generous reading and gave lovely suggestions when asked! "
"

Amazing!!! There is absolutely no question that I'l call Jessica again:) "
"

Jessica is so lovely! Just the help I needed. "
"

Awesome reader and great ideas to play off of! Definitely recommend!! "
"

Thank you so much Jessica! Perfect reader! "
"

Lovely and patient and talented. Has an obvious comfort and understanding of the work. Would definitely use Jessica again! "
"

Great!! SO understanding and roll with the punches "
"

Thanks for your time and energy! "
"

Really awesome work. Loved the ease and perfect read. Great ideas as well that helped bring it home. Thank you! "
"

WHAT a treasure!! SO smart, and a lovely, friendly personality/energy to start. Gave JUST the right kind of and amount of notes, and so quick to understand the sides. Just loved her. "
"

Jessica is lively! She gave me great advice for my commercial audition! "