Hi there! I'm Jessica Castro. Looking for a reader for a self-tape or audition, or even just wanting someone to run your lines with you? I'd love to do that. I'm patient, and willing to run the scenes as many times as you need. My favourite auditions to work on are Hallmark! Let's explore together!

Jessica Castro is an actress, known for Last of My Kind (2020) and Identity (2019). Originally from Edmonton, Alberta where she studied Musical Theatre at MacEwan University, she now resides in Vancouver and is pursuing a career in film and television. Her longest theatre gig as a post-graduate, was a 9 month long tour with AMTC, playing Gretel in Hansel & Gretel. She is revered for her work in film as being simple, vulnerable, and authentic. That being said, she shines best when playing quirky, comedic characters. 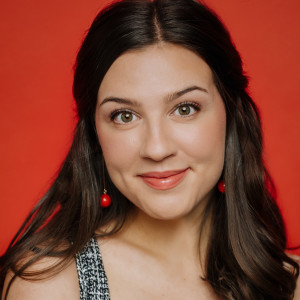