Need help with an audition? Don't we all! I am here for you.

I have over 15 years of experience in the Theatre industry, including working for one of the best, most respected Equity Theatres in Central Florida, Orlando Shakes, where I served as a reader for season auditions and callbacks during my full-time employment there. I also have been an acting teacher and coach for that same time, both at Orlando Shakes and many other theatres and studios in the area.

Since leaving and taking a chance on myself, I have concentrated on film and tv, and know all too well the importance of a great reader with a schedule that can fit into mine. And that is who I want to be for you.

Jennifer is an Actor working from Orlando, Florida.

Jennifer is appearing in Kevin Smith's soon-to-be-released Killroy Was Here (Alice) and No Vacancy (Claire) starring Dean Cain and Sean Young, and Life's Rewards (Barbara) on Amazon. She can be seen as a lead in MiMo Studios' first release The Kid Who Only Hit Homers (Steph)​ and as Margo in DC Dogs dark comedy Meant to Be Broken both available on Amazon Prime. She is a regional commercial favorite and has debuted in many national commercials. You may also recognize her as Susan Xenley from the smash web series Diary of a Wimpy Alien created by And You Films.

​She is is currently hosting The Lifestyle List on WeTV select Saturday mornings and serves as a Lifestyle Expert on the nationally syndicated Morning Show, Daytime. She also works as a guest host and fashion contributor for the Home Shopping Network.

​Jennifer's Regional Theatre credits include Boeing, Boeing (Gabriella), A Little Night Music (Desiree), Noises Off (Belinda), Bad Dog (Abby), a world premiere by a writer of Netflix’s Grace and Frankie, The Adventure of Pericles (Dionyza), ShakesBEER (various), and Lend Me a Tenor (Diana). She keeps her creativity satisfied as the Producing Artistic Director with the immersive theatre company Fanvergence. 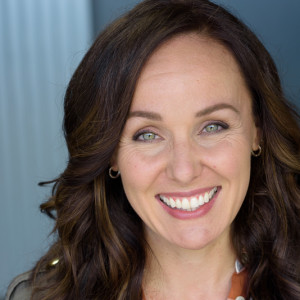