▪️I'm a 15 year veteran in the entertainment industry with over 32 credits on major network shows and films (peep the IMdB)
▪️I work as an audition reader for several top casting offices and I've been a table reader for shows like Nancy Drew, Twilight Zone, Big Sky, Zoey's Extraordinary Playlist, etc.
▪️ Cold reading and technical comedic material are my jam, and I can offer British and Southern accents on the fly if needed.

I'm here because I truly love doing "the work". During our time together you will be provided with a safe, friendly and collaborative space in which you can play while discovering the character within yourself. I tailor each session to your specific needs so whether you're looking for...

✔️ an experienced reader for an audition/self-tape
✔️ in-depth feedback and coaching on difficult material
✔️ a scene partner to run lines with for an upcoming job, class, or workshop

...I'm your girl! This is your time and I will make sure you get the most out of it.

With my experience in the casting world, on set, and as a coach, I am able to provide a unique perspective to help you uncover the things that will make your work the best it can be. So, what are you waiting for? Let's book you a gig!

Jaycie is an American born actor who now calls Vancouver, British Columbia home. She started her "one-woman show" at the ripe age of 3 atop the coffee table in her living room and no one has been able to stop her since. Hailing from Akron, Ohio (no, she doesn't know LeBron James) she was inspired to pursue a career in the arts by her father, Richard Dotin, former lead vocalist and keyboard player of the Billboard Award nominated disco band, LaFlavour.

After years of early childhood training in small theatres, performing arts programs, and dance studios (shout out to Theatre 8:15) Jaycie attended Wright State University's BFA program and declared Musical Theatre as her major. After two short years in the program, Jaycie was hired as a lead vocalist on Holland America Cruise Lines and proceeded to work for Royal Caribbean and Princess where she was a backup vocalist for Adrian Zmed.

She then went on to become a lead vocalist in "Donn Arden's: Jubilee" at Bally's hotel on the Las Vegas Strip. After her stint in Vegas, Jaycie moved to Los Angeles where she started her commercial career representing international brands such as Clorox, Crayola, and Dr. Scholls. Shortly after her move, Jaycie was nominated for a Los Angeles Ovation Award for her performance as Brooke Wyndham in Legally Blonde the Musical. After her well deserved nomination, Jaycie joined the Broadway National Tour of Jersey Boys the Musical as "Loraine". Once her time on tour ended, Jaycie took her talents over the border and became a permanent resident of Canada, where she currently resides.

Once settled in Vancouver (otherwise known as Hollywood North), Jaycie decided to focus on her film and television career and the industry welcomed her with open arms. Within the first few years, she was honored to work with some heavy-hitters like Marc Webb on the CBS pilot Republic of Sarah (2019), J.D. Dillard on CBS's The Twilight Zone (2019), Christina Voros for a recurring role on ABC's hit show Big Sky (2020), and most recently she landed a leading role in Netflix's newest family film series, Ivy & Bean directed by Elissa Down (2021).

Jaycie has accumulated over 30 film/TV credits, appeared in a dozen print/commercial campaigns, and is currently co-writing her first feature screenplay (2021). She attributes her success to the never ending support of her family, her dog, and a steady supply of snacks. 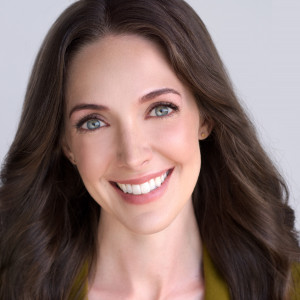 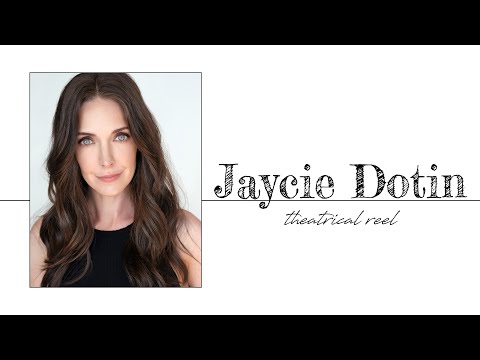 So so so so so kind, generous, and present. Jaycie is such a wonderful scene partner and I can't recommend her highly enough. Thank you!! "
"

So grateful that Jaycie created space with patience & support to help me get off book on a complex scene :) "
"

I'm so so so sorry for the technical issues, Jaycie. Thank you for your patience. "
"

WOW! She was so patient, honest, and an incredible reader! I would highly recommend her. "
"

She is so patient, positive, and is a an amazing cold reader! "
"

Super-on point with delivery & insights! Jaycie knows her comedy & really helped me live out my scene for the tape. "
"

Jaycie is phenomenal! She helped so much in such a short time. I was struggling with my sides and she actually made me love them! BOOK HER. Thank you so much, Jaycie. "
"

Jaycie was awesome she had great feedback and helped give more insight to my character. Thanks Jaycie! "
"

Jaycie gave such helpful feedback and was an exceptional reader! She really helped me hone in the comedic beats to make the scene pop! "
"

Jaycie knows her comedy! Broke down my scene into technical comedic components in seconds. Highly recommend. "
"

Jaycie is a wonderful reader and also offered excellent suggestions based on what I asked for help with. I highly recommend her and hope to book her again!!! "
"

Jaycie was extremely helpful with notes and ideas. "
"

Jaycie is OFFICIALLY my favorite. It is instantly apparent that she is quite seasoned, but she also asks how you'd like to proceed with the session and follows that impeccably. Click on her and you will be thrilled that you did!!!! "
"

Amazing! One of the best readers I've had on the platform!! Her notes are absolutely amazing and I know she helped put my self tape to the next level! "
"

Jaycie is amazing and wonderful. Perfect Hallmark Movie reader! So professional and patient. thank you! "
"

Great scene analysis skills!! Thank you so much! "
"

Jaycie is absolutely wonderful. A fantastic actress and super supportive reader... I had a great time working with her and think you will too! Thanks, Jaycie!! "
"

Jaycie had such positive energy and gave the most insightful feedback! Will definitely work with her again! "
"

A true pro! You will be in good hands with Jaycie, whether its a comedy or a drama. Great feedback. "
"

THE VALUE of having a reader like Jaycie is beyond! Wow!! Clearly a working actor, and someone you can trust to jump in and play. BOOK HER!! "
"

Jaycie is an amazing reader! Literally the best and she has awesome adjustments as well. "
"

LOVED taping with Jaycie. Great reader with helpful ideas and insight. Always nice when you feel like your reader is as invested as you are. Highly recommend!!! "