Hello,
I'm an actress based in London. My playing age is 16-25 and my natural accent is standard RP.

I am an actress based in North London. My playing age is 16-25 and I have a native Standard RP accent.
Most recently, I played Annie Kenney in Theatre Lab Company's production of 'Emmeline' at The Cockpit in Marylebone. We received fantastic reviews, including two 5 stars. This year, I also filmed my first feature film, playing Diana in 'Intervention', to be released soon.
I have also filmed many short films, one of which was accepted into Raindance Film Festival last year.
I am represented by Core MGMT. 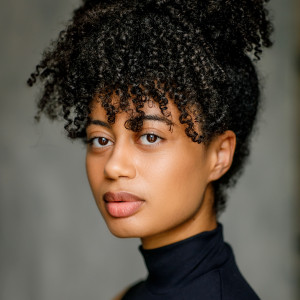